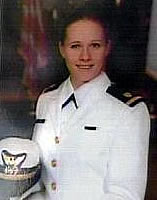 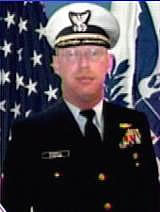 SEATTLE, Washington -- The captain of the Coast Guard cutter Healy has been temporarily relieved of duty following the deaths of two crew members during a dive in the Arctic Ocean this month.

Capt. Douglas G. Russell will be replaced by Capt. Daniel K. Oliver, a previous commanding officer of the Seattle-based Healy, as the investigation into the deaths continues, the Coast Guard said in a news release Wednesday. Russell had been in charge of the ship since June; before that, Oliver commanded the Healy for a two-year tour of duty.

Vice Adm. Charles D. Wurster, commander of the Coast Guard in the Pacific, cited "a loss of confidence in the officer's ability to command," the statement said.

Initially, the Coast Guard reported that the two died after they entered the water to examine the ship's rudder -- a common procedure as the ship operates in Arctic ice -- but Petty Officer 1st Class Russ Tippets, a Coast Guard spokesman in Alameda, Calif., said Wednesday they actually were just taking a cold-water training dive.

Tippets also said that investigators are looking into whether the ship had been idled and pumps and propellers had been disengaged at the time of the accident, as standard procedure would have dictated.

The 420-foot Healy is primarily used for scientific research in the Arctic under sponsorship of the National Science Foundation. According to the ship's Web site, in the days before the accident crew members had been drilling holes through the ice and hanging seismometers down into the sea.