Greek Holiday Island Threatened by Cruise Oil Spill; 'We Know of No Plan, The Timetable, Nothing'

Groundbreaking Environmental Agreement Reached To Protect The No. 1 Cruise Destination In The World 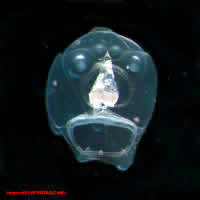 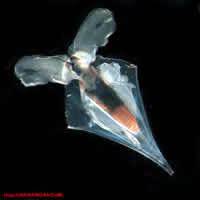 CHARLESTON, South Carolina -- Census of Marine Life scientists trawled rarely explored tropical ocean depths between the southeast US coast and the Mid-Atlantic Ridge to inventory and photograph the variety and abundance of zooplankton – small sea "bugs" that form a vital link in the ocean food chain – and other life forms.

Though relatively few in number compared with the uppermost ocean layer, scientists were amazed by the variety of tiny animals found at depths of 1 to 5 km (0.6 to 3 miles). Among thousands captured, 500 species have been catalogued, 220 of them DNA sequenced at sea revealing a number of new species.

The 20-day cruise, completed April 30, is part of an ambitious global inventory of zooplankton by 2010 (dubbed the Census of Marine Zooplankton, CMarZ), a Census of Marine Life initiative that sheds life on some important global ecosystem processes, including the ocean's function as Earth's largest carbon sink and the impact ocean acidification may have on life in the seas.

While helping moderate climate, zooplankton species also provide a fundamental link in the food chain between ocean plant life and predators from fish to whales.

Scientists are puzzling out the types, abundances, ranges and roles within nature of these thousands of tiny animal species. Sequencing the DNA at sea, they telescoped into just three weeks what would normally represent years of laboratory work, an experience that may revolutionize the way biological research at sea is conducted.

The expedition took extraordinary samples in the ocean's deepest waters – down to about the sea bottom at 5,000 meters. Biological oceanographers to now have focused almost exclusively on the oceans' uppermost kilometer, which includes only one quarter of their volume. CMarZ is designed to illuminate these important little life forms in the remaining three quarters, below 1,000 m, the point at which the deep sea (bathypelagic zone) is generally agreed to begin.

The expedition was funded by the National Oceanic and Atmospheric Administration (NOAA), as part of its Ocean Exploration program, and employed their largest vessel, NOAA ship Ronald H. Brown.

In addition to the nets and trawls to capture zooplankton and fishes, SCUBA divers made collections during day and night open ocean dives.

"Among more than 1,000 individual organisms identified at sea, our team of 28 leading marine experts on board found what appear to be several undescribed species that may well prove new to science," says the cruise's scientific leader Peter Wiebe, senior scientist at the Woods Hole Oceanographic Institution, USA.

The team of 28 experts from 14 nations, who have spent decades learning to distinguish species within a particular group, sorted through samples in a kind of assembly line "that would have made Henry Ford proud," according to University of Connecticut post-doctoral investigator Rob Jennings, leader of the on-board "Team DNA."

Scientific highlights from the cruise

With experts glued to their microscopes for three weeks, the cruise captured and identified an astonishing fraction of the species diversity known in the Atlantic Ocean. All of these specimens are in the queue for DNA barcoding:

Most of all, the expedition yielded new understanding of the diversity of gelatinous plankton – the gooiest, stickiest, and most transparently fragile animals of the sea – which are usually destroyed by net sampling. Special sampling brought up comb jellies, jellyfish, and their meters-long chain-forming relatives in good enough shape to be identified and DNA sequenced.

Also captured were over 120 fish species, including:

"By 2010, the research conducted by this project will provide a baseline against which future generations can measure changes to the zooplankton and their provinces, caused by pollution, over-fishing, climate change, and other shifting environmental conditions," says Ann Bucklin, lead scientist for CMarZ and head of the University of Connecticut Marine Sciences Department.

"We are just starting to realize how little we know about species variety," she adds. "We used to think we knew many species well, but the advent of DNA barcoding has radically altered that perception. Genetically distinctive species of zooplankton are being found with increasing frequency."

"This research is fundamental to our knowledge of the oceans and the basic processes sustaining life on Earth," says Ron O'Dor, chief scientist for the Census of Marine Life (www.CoML.org), a 10-year, independent and unprecedented global scientific collaboration, started in 2000, to inventory biodiversity throughout the seas. "CMarZ is helping to explain: what species are present? What are the main patterns of their distribution and abundance? And what maintains the shape of these patterns?"

Buildup of excess carbon in the atmosphere could cause global warming. The oceans soak up a lot of carbon through air/sea interaction. Many zooplankton migrate up and down the water column daily, eating their own weight in tiny carbon-absorbing plant plankton species (phytoplankton), which drift with currents in near-surface ocean layers.

Like many land animals, lots of zooplankton prefer to work at night. Some of those that like to feed near the surface commute in about an hour each night more than 500 meters, farther than the elevators of the world's tallest buildings.

Through this grazing and migration, huge volumes of carbon are transported to the ocean depths. The biological redistribution of carbon down to depths and away from the surface is important for rates of CO2 accumulation and pH change – both conditions threaten ocean ecosystems. Thus, it is very important to know the current biodiversity of the oceans as a 'baseline,' so that the effects of climate change can be evaluated.

Nearly 7,000 zooplankton species in 15 phyla (the major groups of animals) are described now. With taxonomic analysis of new and existing samples – including molecular analysis – coordinated worldwide through CMarZ, the number of known species is likely to double.

Dr. Wiebe explains the goal of CMarZ: "We are charting the plankton in the sea like astronomers chart the stars in the sky. With the zooplankton chart, we can assess what changes – man-made and natural - are taking place in the largest habitat on earth. Without it, no assessment is really possible."

CMarZ will also consolidate data from sources worldwide, for inclusion in the Census' fast-growing meta-database, OBIS.

"The growing number of snapshots from different parts of the world ocean have rarely been merged together, in part because the complicated and time-consuming task of compiling information from numerous individual publications is undervalued," says Dr. Bucklin.

"The zooplankton Census is enlarging human understanding of the pattern, flow, and development of life in the sea," she adds. "We are exploring and sampling unique marine environments and those likely to be inhabited by unknown and undescribed species, including the seabed, the waters around hydrothermal vents and seeps, and deep-sea coral beds.

"The work of CMarZ will contribute to the improved management of fisheries and oceans, guided by comprehensive understanding of the ecosystem, accurate estimates of species biodiversity, recognition of introduced and invasive species, and rapid assessment of ecosystem health," she says.

The zooplankton specimens were captured with a novel device designed by Dr. Wiebe and dubbed MOCNESS (for Multiple Opening/Closing Net and Environmental Sampling System), which deploys separate nets at each 1,000 m depth interval throughout the water column. The sampling emphasizes the under-sampled, deeper depths, where zooplankton species survive on organic material sinking from above, or by eating each other.

The device also captures corresponding information about the water temperature and salinity at each depth.

The molecular analysis on board uses an automated DNA sequencer to determine a DNA 'barcode' (i.e., a short DNA sequence used for species recognition and discovery). DNA barcodes are revealing unanticipated species diversity, in many cases by uncovering hidden variation within an existing species.

"We believe this is the first team ever to sequence DNA of zooplankton on a rocking, rolling ship," says Dr. Wiebe. "What was really surprising was how well the sequencer performed without any modification. It never got seasick."

The researchers are also able to use DNA technology to determine the gut contents of fish, thus revealing important clues about what each species eat.

Aboard the ship was teacher Joe Catron of Billings West High School, bringing the oceans to land-locked students of Montana through the ARMADA Project, an NSF-funded program coordinated by the University of Rhode Island's Office of Marine Programs.

Through the program, Kindergarten to Grade 12 master teachers from across the country are provided with opportunities to participate in ocean, polar, and environmental research experiences under the guidance of host researchers. Master teachers develop ways to bring their research experiences, including scientific data, methodologies and technology, into their classrooms. They share their experience by mentoring new teachers in their school district and presenting their results at national education and science meetings.