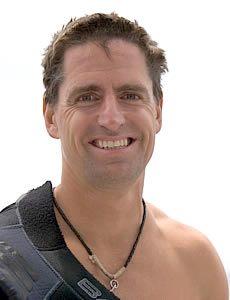 WINTER PARK, Florida -- Bonnier's Scuba Diving magazine has awarded its top honor of the year to Shawn Heinrichs, a shark conservationist who for years has been dedicated to the fight against shark finning. Scuba Diving, along with title sponsor Oris Watches, will present its 2011 Sea Hero of the Year award and a $5,000 prize to Heinrichs at the sport's biggest event of the year, DEMA, Thursday, Nov. 3.

"When I met Shawn years ago I realized that here was someone doing great things for our planet, but who was also largely going unnoticed," said David Espinosa, editor of Scuba Diving. "While we featured five great conservationists in 2011, I couldn't think of a more deserving winner of Sea Hero of the Year."

In his fight against finning, Heinrichs works closely with government and nongovernment agencies to create Marine Protected Areas all over the world. He was instrumental in helping get a shark sanctuary created in remote Raja Ampat, Indonesia, through front-line reporting with great images and video footage.

In keeping with his cause, Heinrichs has already pledged the $5,000 award from Oris toward the purchase of a ranger patrol boat for the sanctuary. In addition, the creation of a matching program will be announced by him along with the magazine and Oris at the award ceremony to find donors who can help complete the funding for this important sanctuary. The ceremony will be held at 2:00 p.m. at the Scuba Diving booth (#1623) at next week's DEMA event.

Scuba Diving gives divers in-depth tests and reviews of gear as well as practical advice on training, the environment, and everything from the newest emerging destinations to hidden gems in their own backyards.

The magazine is published eight times a year by Bonnier Corp. (bonniercorp.com), one of the largest consumer-publishing groups in the United States and the leading media company serving passionate, highly engaged audiences through magazines, events, digital media and leading-edge products.

The maker of "real watches for real people," Oris has a long history of supporting marine conservation, with proceeds from limited-edition watches going to environmental causes.