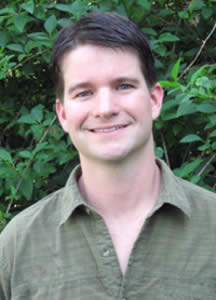 TALLAHASSEE, Floirida -- Sharks, barracuda and other large predatory fishes disappear on Caribbean coral reefs as human populations rise, endangering the region's marine food web and ultimately its reefs and fisheries, according to a sweeping study by researcher Chris Stallings of The Florida State University Coastal and Marine Laboratory.

While other scientists working in the Caribbean have observed the declines of large predators for decades, the comprehensive work by Stallings documents the ominous patterns in far more detail at a much greater geographic scale than any other research to date. His article on the study, "Fishery-Independent Data Reveal Negative Effect of Human Population Density on Caribbean Predatory Fish Communities," is published in the May 6, 2009 issue of the journal PLoS One (www.plosone.org). "Seeing evidence of this ecological and economic travesty played out across the entire Caribbean is truly sobering," said Associate Professor John Bruno of the University of North Carolina at Chapel Hill, who served as the PLoS One academic editor for Stallings' paper.

"I examined 20 species of predators, including sharks, groupers, snappers, jacks, trumpetfish and barracuda, from 22 Caribbean nations," said Stallings, a postdoctoral associate at the FSU Coastal and Marine Laboratory. "I found that nations with more people have reefs with far fewer large fish because as the number of people increases, so does demand for seafood. Fishermen typically go after the biggest fish first, but shift to smaller species once the bigger ones become depleted. In some areas with large human populations, my study revealed that only a few small predatory fish remain."

Stallings said that although several factors — including loss of coral reef habitats — contributed to the general patterns, careful examination of the data suggests overfishing as the most likely reason for the disappearance of large predatory fishes across the region. He pointed to the Nassau grouper as a prime example. Once abundant throughout the Caribbean, Nassau grouper have virtually disappeared from many Caribbean nearshore areas and are endangered throughout their range.

"Large predatory fish such as groupers and sharks are vitally important in marine food webs," Stallings said. "However, predicting the consequence of their loss is difficult because of the complexity of predator-prey interactions. You can't replace a 10-foot shark with a one-foot grouper and expect there to be no effect on reef communities. Shifts in abundance to smaller predators could therefore have surprising and unanticipated effects. One such effect may be the ability of non-native species to invade Caribbean reefs."

A case in point, said Stallings, is the ongoing invasion by Pacific lionfish, which were introduced by aquarium releases.

"Lionfish are minor players on their native Pacific reefs, yet they are undergoing a population explosion and overeating small fishes in the greater Caribbean region," said Professor Mark Hixon of Oregon State University, Stallings' doctoral advisor at OSU. "Preliminary evidence suggests that lionfish are less invasive where large predatory native fishes are abundant, such as in marine reserves," Hixon said.

"Chris was completely undaunted by the lack of fisheries data and essentially adopted the 'Audubon Christmas Bird Count' approach in a marine system to find strong evidence for a native fisheries effect," said Felicia Coleman, director of the FSU Coastal and Marine Laboratory and Stallings' postdoctoral advisor.

Given that about half the world's populations live near coastlines and that the world population is growing, demands for ocean-derived protein will continue to increase, Stallings warned. He said meeting such demands while retaining healthy coral reefs may require multiple strategies, including implementation of marine reserves, finding alternative sources of protein, and increased efforts to implement family-planning strategies in densely populated areas.