Aussie Expert: Death by Shark, Jellyfish Avoidable; 'It's the People Surprising the Animal' 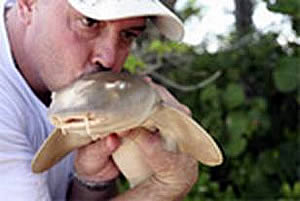 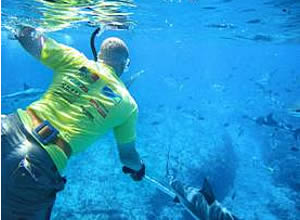 KEY WEST, Florida -- Tune in to MSNBC News on Friday May 22, 2009 to see live coverage of Florida Keys Community College’s Dean of Marine Sciences, Dr. Patrick Rice, as he shows off his pioneering research in shark repellent technology at the new Aqua Ranch on Long Key.

Throughout the day, MSNBC News anchors will go live to correspondent Ron Mott, who will interview Dr. Rice about FKCC’s marine science programs and the latest scientific developments with SharkDefense Technologies, an organization partnering with the college. The segments will feature demonstrations with bonnet head sharks, including experiments with shark-repelling magnets, alloys, and chemicals.

“The importance of improving shark repellent technology is not just to save humans from shark attacks,” says Rice, “but also to save sharks from humans.”

Shark populations are continually threatened by humans. While some sharks are killed out of fear, most shark deaths are unintentional and a byproduct of commercial fishing operations. Dr. Rice’s dedicated research has contributed to the recent development of a shark-repelling technology that commercial fishermen can attach to their gear to prevent the accidental capture of sharks.

The segments will air hourly from morning to late afternoon on MSNBC News.