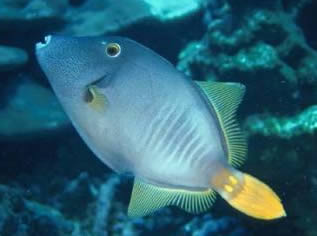 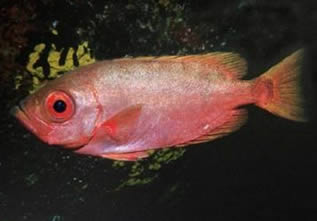 Reef fish share genetic connections across what Darwin termed an 'impassable barrier', 5000km of deep ocean separating the eastern and central Pacific, according to a report by Smithsonian scientists in the Proceedings of the Royal Society B.

By sequencing mitochondrial DNA from 20 morphospecies of fairly sedentary shore fish on both sides of the divide, the study confirms close relationships between populations of the same fish species across the barrier and indicates that genes move in both directions across the barrier.

Luck affects who makes it across and when

"We didn't find genetic evidence for any oceanographic or geological events that separated populations such as a major change in currents or the sinking of an underwater platform that could have served as a stepping stone," Lessios points out. "If that were the case, several species would have shown coincident times of separation." Instead, the researchers consider that fish larvae cross the barrier often enough to maintain genetic connections, but in a very haphazard and infrequent fashion, such that speciation did occur in most cases, but was prevented from happening in others.

Conventional wisdom held that there was little larval movement from West to East and no movement from East to West across the divide until a recent study by co-author Robertson et al. indicated that about 20% of transpacific fish invaded from East to West. "The current study provides more meat for that barbeque. If you look at westward currents, they look as good as or better then eastward currents for moving larvae between populations. People were just focused on eastward movement because El Nino currents go that way," according to Robertson.

Whereas this study was able to rule out the idea that a vicariance event separated these species long ago, all of the alternative hypotheses to explain the presence of related species in the Eastern and Central Pacific still seem to be valid. Several of the species are likely to have been separated long ago and continue to diverge. Others presumably were separated more recently. And gene flow in both directions has occurred. Therefore, low level dispersal should be considered as an important factor in breaching the East Pacific Barrier.