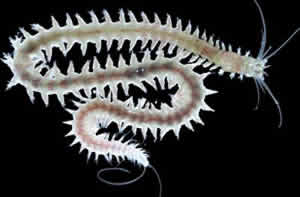 VIENNA, Austria -- Animals living in marine environments keep to their schedules with the aid of multiple independentâand, in at least some cases, interactingâinternal clocks. The findings, presented by two research groups in papers appearing in the Cell Press journals Current Biology and Cell Reports on September 26, suggest that multiple clocksânot just the familiar, 24-hour circadian clockâmight even be standard operating equipment in animals.

"The discovery of the circadian clock mechanisms in various terrestrial species from fungi to humans was a major breakthrough for biology," says Charalambos Kyriacou of the University of Leicester, who led one of the two studies on an inter-tidal crustacean known as a speckled sea louse. "The identification of the tidal clock as a largely separate mechanism now presents us with an exciting new perspective on how coastal organisms define biological time."

In the second study, Kristin Tessmar-Raible from the Max F. Perutz Laboratories at the University of Vienna and colleagues describe interactions between the familiar 24-hour circadian clock and a circalunar clock in a marine bristle worm.

"Our results suggest that the bristle worm possesses independent, endogenous monthly and daily body clocks that interact," Tessmar-Raible says. "Taking this together with previous and other recent reports, evidence accumulates that such a multiple-clock situation might be the rule rather than the exception in the animal kingdom."

Kyriacou and colleagues used a combination of environmental and molecular manipulations of the daily clock to show that when the 24-hour circadian clock is disrupted in the sea louse, the 12.4-hour tidal clock keeps right on ticking.

"The surprise was to discover just how hard-wired, robust, and independent the tidal clock is in these animals; it keeps working no matter what we throw at its circadian clock," Kyriacou says.

Similarly, Tessmar-Raible's team showed that bristle worms' moon-driven clocks, which provide the animals with an "intrinsic month," continued to function even when the researchers disrupted the animals' circadian clocks. The two clock mechanisms do interact, however, as the researchers showed that the length and strength of the circadian rhythm are adjusted according to the circalunar clock.

"This means that there might be a whole level of regulation on the molecular and behavioral level for which we have just scratched the surface," Tessmar-Raible says.

These simultaneous discoveries in two marine species now raise new questions about the molecular and cellular natures of these separate clocks and their roles in animal behavior, the researchers say.