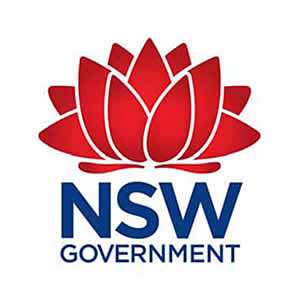 The NSW Government will introduce a range of measures, including the first ever public education campaign, to help keep swimmers safe this summer.

SYDNEY, Australia -- The NSW Government will introduce a range of measures, including the first ever public education campaign, to help keep swimmers safe this summer, Minister for Primary Industries Ian Macdonald, announced today.

“The Government has undertaken a thorough examination of its program over the winter months and looked at what we can do to further protect swimmers,” Minister Macdonald said. “We have sought expert scientific opinion and considered over 150 public submissions as part of the consultation process.

“We’re confident we’ve found the right balance that helps minimise the risk of shark attacks, while at the same time reducing impacts on the environment.”

Minister Macdonald said a targeted and staged public education ‘SharkSmart’ campaign, designed to involve and inform the public, is one initiative to come out of the review.

“SharkSmart will be rolled-out this spring and summer season focussing on how the public can further increase their safety and reduce the risk of shark attack,” he said.

“For example, people can reduce their risk by avoiding swimming or surfing when sharks are most active – such as at dawn and dusk - avoiding areas near schools of baitfish, in murky water, or at times when beaches are unpatrolled and there are few people about to help.

“We’ll be releasing information and resources at key times, such as just prior to school holidays and other peak swimming periods.”

Some of the key changes to be progressively implemented following the Government’s review include:

As part of the changes, the shark meshing program will now be managed through a Management Plan and Joint Management Agreements between Industry & Investment NSW and the Department of Environment, Climate Change and Water under the State’s threatened species legislation.

“There is a lot of misinformation out there about the shark meshing program – it is not meant to be a barrier between the shark and the beach, it is there to stop sharks setting up a territory in that location and encouraging them to move along,” he said.

“The figures speak for themselves, since the meshing program commenced in 1937, there has been just one fatal shark attack at a meshed beach. Before the program was introduced there were 24 fatalities recorded in Sydney waters alone over the period 1900-1937.

“The NSW Government is committed to protecting swimmers along NSW beaches this summer – although we must remember there are no 100% guarantees and beachgoers need to use their common sense and stay out of the water at dawn and dusk for example.”