Tropical Fish Found with 'Allah' and 'Mohammed' Markings on Its Side

Greenhouse Ocean May Downsize Fish; 'The Ocean Biology Is Sort Of On Our Side'

Does Fishing On Drifting Fish Aggregation Devices Endanger The Survival Of Tropical Tuna? 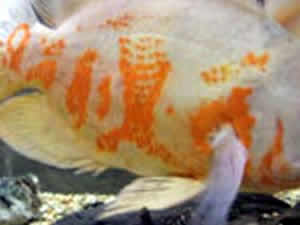 The tell-tale 'W' shape can be seen 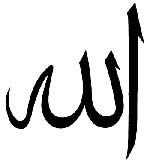 ROSSENDALE, UK -- A pet shop owner was stunned to find markings spelling out Allah in Arabic on the body of a tropical fish.

A customer spotted the markings on the side of an Oscar fish in a tank at Walker Aquatics in Waterfoot, Rossendale.

The fish is also believed to have the word Mohammed in markings on its other side.

An unnamed Asian man immediately bought the fish for Â£10 and a Â£700 tank, the most expensive in the shop, for it to live in.

Shop owner Tony Walker said he would honour the man's offer for the fish but believed it could be worth thousands.

It is the latest in a series of mysterious religious references and markings found on fruit, vegetables, and everyday household items.

In Manchester in 1998, an aubergine was cut open to read Allah in the pattern of its seeds. In 1996 in Senegal, a farmer discovered a melon with mysterious markings appearing to spell Allah and a similar fish with apparent Allah markings was also found in America in 1997.

The South American fish and can grow up to 16 inches long and weigh up to three pounds.