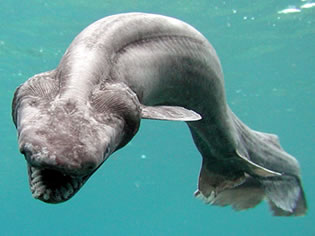 Pictures of a Frilled Shark are extremely rare 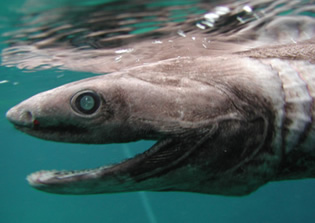 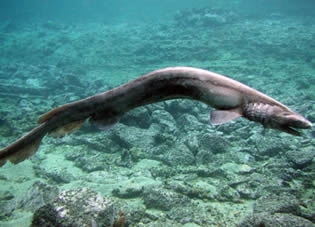 Scientists think the Frilled Shark may have been sick 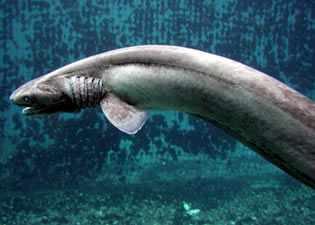 The frilled shark died a few hours after being caught

A species of shark rarely seen alive because its natural habitat is 600 metres or more under the sea was captured on film by staff at a Japanese marine park this week.

The Awashima Marine Park in Shizuoka, south of Tokyo, was alerted by a fisherman at a nearby port that he had spotted an odd-looking eel-like creature with a mouthful of needle-sharp teeth.

Marine park staff caught the 1.6 metre long creature, which they identified as a female frilled shark, sometimes referred to as a "living fossil" because it is a primitive species that has changed little since prehistoric times.

The shark appeared to be in poor condition when park staff moved it to a seawater pool where they filmed it swimming and opening its jaws.

"We believe moving pictures of a live specimen are extremely rare," said an official at the park. "They live between 600 and 1000 metres under the water, which is deeper than humans can go."

The shark died a few hours after being caught.

Frilled sharks, which feed on other sharks and sea creatures, are sometimes caught in the nets of trawlers but are rarely seen alive.