Surfer Fatally Attacked By Shark Off California Coast; Bled To Death After Leg Bitten Off

Another Surfer Killed By Shark Off Mexico's Pacific Coast; 'Osvaldo Went Under' 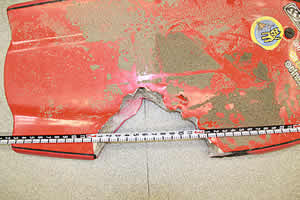 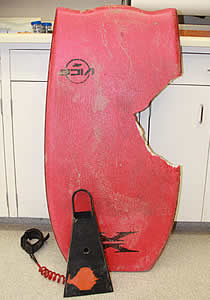 Lucas McKaine Ransom died from wounds to his leg after being attacked by a shark off the Santa Barbara coast.

SANTA BARBARA, California -- A shark attack on a surfer off the Santa Barbara coast has resulted in the death of 19-year-old Lucas McKaine Ransom of Romoland, California. Ransom was pronounced dead at the scene, having bled to death from a massive wound to his leg.

As a precaution, police have ordered all beaches in the area closed for the next 72 hours.

The following is the text from a Santa Barbara County Sheriff Office press release:

At approximately 8:50am on Friday, October 22, 2010 the Santa Barbara Sheriff's Coroner's Bureau was dispatched to Surf Beach on Vandenberg Air Force Base for the report of a deceased victim of a shark attack.

When the Coroner's detective arrived, the 19-year old male victim had already been pulled from the water by his friend and other witnesses. VAFB Fire personnel who responded prior to arrival of the Coroner's detective had pronounced the victim dead at the scene. Based on the initial investigation, Lucas McKaine Ransom (DOB 12/05/90) of Romoland, Ca was boogie boarding on the break line about 100 yards off the beach with his friend when a shark suddenly pulled Ransom under the water. Ransom suffered a massive wound to his left leg and appeared to die shortly thereafter.

Based on a Memorandum of Understanding (MOU) with VAFB, the Santa Barbara Sheriff's Coroner's Bureau will conduct the death investigation due to the incident occurring off the beach and in the water. Federal and State Fish and Game officials are working to identify the type of shark which was described as being 14 to 20 feet in length.

Following standard protocol, VAFB has ordered the closure of all base beaches (Surf, Wall, and Minuteman, etc.) for the next 72 hours. The Santa Barbara County Parks Department is posting warning signs at County Beaches in the Jalama and Guadalupe beach areas. Please call VAFB Public Affairs at (805) 606-3595 for any questions regarding beach closures on the base.

Lucas Ransom was a Junior at UC Santa Barbara where he was majoring in Chemical Engineering.