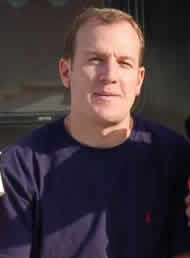 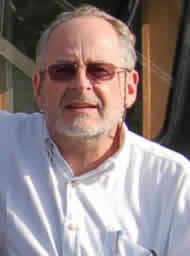 TEL AVIV, Israel -- Did the great flood of Noah’s generation really occur thousands of years ago" Was the Roman city of Caesarea destroyed by an ancient tsunami" Will pollution levels in our deep seas remain forever a mystery"

These are just a few of the questions that are being addressed by a new environmental marine research team from Tel Aviv University and the non-profit research and education organization, EcoOcean.

The team, headed by EcoOcean's Andreas Weil and Prof. Sven Beer of Tel Aviv University, are working to uncover new secrets about civilization and climate change from the depths of the sea floor. They are also a conducting a large-scale study on the health of the Mediterranean Sea with Ph.D. students they sponsor. The work is being done aboard "Mediterranean Explorer", a floating marine vessel.

“When I was looking for a partner, I needed to find a team of marine scientists who were leaders in their fields,” says Weil, a Swedish environmental philanthropist who helped conceive and fund the idea of giving a free, floating marine research lab to any scientist who needed it. “I didn’t want us to be just another Greenpeace group of environmental activists. My dream was to build the foremost research vessel for high-level scientific marine research. I wanted to be able to help provide hard scientific data and education about the real state of affairs of our oceans.”

The first and only institution that came to mind was Tel Aviv University (TAU), internationally famous for its work in marine biology. “Besides being the only university in Israel that has a dedicated marine unit, its researchers are leaders not only in Israel, but the world,” says Weil, who brought a crew of TAU scientists on board as EcoOcean advisors. They include Professors Yossi Loya, Micha Ilan, Yehuda Benayahu, and Sven Beer, with Beer appointed as the chief partner and chief scientific advisor for EcoOcean.

Climate, the marine environment, and the health of humanity are inexorably intertwined, says Beer. “Marine research is more important for the future of humanity than some people realize. Marine plants provide most of the oxygen that we breathe and regulate the climate more than any other ecosystem on the planet. In the face of global warming, it is critical that we understand our seas in order to sustain life as we know it.”

Prof. Beer was part of the team on board "Mediterranean Explorer" that recently headed to the Black Sea off the coast of Turkey, the site where historians believe the great biblical flood occurred. EcoOcean and an international team believe they have found evidence to substantiate what is written in the Bible.

Says Weil, “We found that indeed a flood happened around that time. From core samples, we see that a flood broke through the natural barrier separating the Mediterranean Sea and the freshwater Black Sea, bringing with it seashells that only grow in a marine environment. There was no doubt that it was a fast flood – one that covered an expanse four times the size of Israel. It might not have been Noah, as it is written in the Bible, but we believe people in that region had to build boats in order to save their animals from drowning. We think that the ones who survived were fishermen – they already had the boats.”

Next week the team will sail out to take underwater footage for evidence of an ancient tsunami thought to have destroyed the port city Caesarea generations ago. They will also be looking for deep-sea sea grasses, algae and sponges that had been observed earlier by researchers but were never properly investigated. “This is very interesting,” says Weil, "because sea grasses are normally not found at these depths. Maybe one day one of these organisms can provide us with a new drug.”

Dan Schaffer, the operations manager for EcoOcean and captain of the ship, has been working with EcoOcean for nearly four years. "I am doing a lot more than driving the boat," jokes Schaffer, who sums up the point of EcoOcean quite well. "The way I see it, we are working on three different venues. One is in education – we are teaching children who will be our future environmental stewards. The second thing is that we have brought this research vessel to Israel and have created a platform that academics in Israel and abroad can use for maritime research. The third is that we have created a floating classroom for students in higher education. Not only can these students do science, but they learn how it is done properly in the field of oceanography."

Schaffer adds that EcoOcean is proving to be an important matchmaker to help scientists cross more than the great big seas. “Prof. Yehuda Benayahu from Tel Aviv University wanted to go to Eritrea to work on a joint project with Eritrea University," he relates. "We made that happen by bringing the know-how and encouraging USAID to supply the funding. It is a perfect story for how research between people and across continents should be done. We are looking forward to more international collaborations.”