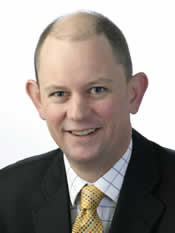 It is already illegal to take the fins off live sharks in New Zealand, it is an offence under the Animal Welfare Act carrying penalties including up to 3 years in prison and fines of up to

“We agree that finning live sharks is a barbaric practice and the government is already strongly opposed to it. It is illegal to fin live sharks and there are harsh penalties for anyone caught doing this.”

“Forest and Bird say they have evidence that live sharks are being finned. This evidence should be provided to the Ministry of Agriculture and Forestry or a fishery officer without delay so that it can be investigated.”

All commercially targeted shark fisheries in New Zealand are managed under the Quota Management System. The QMS sets sustainable limits on how many sharks can be caught each year and requires fishers who are catching them to provide detailed information on when and how they are caught.

There are no fisheries in New Zealand targeting sharks purely for their fins.

In other countries without New Zealand’s strong fisheries management systems there is an issue with unsustainable catches of sharks and the practice of finning live sharks. That situation does not exist in New Zealand and Forest and Bird’s campaign doesn’t reflect the reality of what is happening in New Zealand waters.

“New Zealand consumers can have confidence that any New Zealand seafood they buy is sustainable and comes from a fishery that is amongst the most well managed in the world.”

Forest and Bird are seeking a requirement to land sharks whole without having the fins removed. In fact 95% of all sharks reported as harvested in New Zealand are either returned to the sea with their fins still attached or landed; either with the fins still on or with the rest of the shark.

The remaining 5% are generally very low value species not good to eat. Regardless of this, all shark fin landed must be reported and balanced against annual catch entitlement. This ensures that catches are sustainable.

“It is not wasteful to remove the fins from sharks you have already caught and killed. In fact it is ensuring that we get the greatest possible value from each shark caught” Wayne McNee said.

New Zealand is currently finalising a National Plan of Action on sharks that will make further improvements to the information, monitoring and management of New Zealand’s shark fisheries. As part of this further shark species may become totally protected.