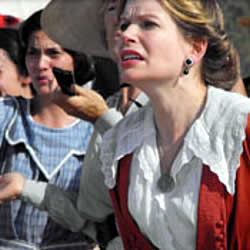 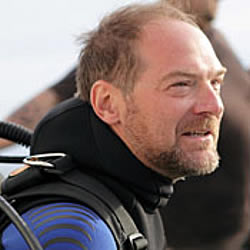 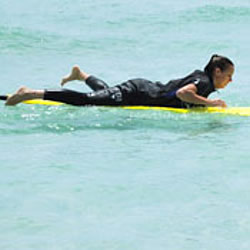 Shark Week, cable television's longest-running programming event is back for its 22nd year. Shark Week 2009 will kick off on Sunday August 2, with a two hour hair-raising special about the true story behind Jaws. During the week, Survivorman, Les Stroud, takes viewers on a quest around to the world to find the hottest of shark hotspots. Also, specialists, historians and personal accounts reveal the complexities of shark behavior and bring to light the Great White, the oceans most mysterious and dangerous shark of all! Don't say we didn't warn you!

The true story behind the bloody shark attacks of 1916 that inspired the movie "Jaws." A 9 foot long shark cruises just off the New Jersey beaches. For centuries its ancestors have done exactly the same. But today there's unusual company. Swimming in the sea has recently become popular amongst a species the shark has never encountered in his world before: human beings. For the shark it's a novel feeding opportunity. For the humans it's the beginning of a new relationship between themselves and the ocean, terrifying and fascinating in equal measure. It's the first multiple shark attack in American history, and the reason we fear sharks to this day.

Survivorman's Les Stroud is back for more nail biting - shark chomping action, and this time, he's taking on the deadliest waters around the world. His quest is simple – which water is the deadliest? Starting from historical data from the Florida Museum Of Natural History's famed "Shark Attack Files", Les will begin his journey to test the waters in the world's sharkiest "hotspots". Les will work with a team of experts to compound the "count-down" format as he circumnavigates the globe to initiate a series of intense immersive experiments in an effort to determine why the waters are among the deadliest on Earth!

See what happens in this harrowing hour, when a great white breaks through a 300-pound aluminum shark cage and traps the divers inside. Another shark tackles a former Navy Seal in shallow waters off the coast of St. Petersburg, Florida. And a bull shark invades a spear-fishing trip in the Bahamas. When you're a visitor in the vast and complex ocean, any day could be the "Day of the Shark."

The bite-by-bite account of America's notorious "Summer of the Shark" in 2001. Were the Ocean's apex predators really taking back America's shores? Sharkbite Summer revisits the attack sites and -- using news archive, interviews with victims, witnesses, surgeons, family members and shark experts -- builds an exact picture of the bloody summer of 2001.

The Great White is one of the most of the most feared predators on earth as well as one of it's most efficient hunters. The Great White Shark patrols the shores of more than fifty percent of the world's inhabited coastlines, and yet, besides the fact that they've killed thousands of people, we know almost nothing about them. Its incredible appetite is more of a mystery than anything else about the shark. Remarkably, scientists don't have any accurate data on the Great White's population, mating, traveling or even what drives their feeding behavior. Observe first hand the experiments that let us uncover the Great Whites unique eating habits. We will travel the globe, stopping at three major Great White feeding grounds – Seal Island, South Africa; Adelaide, Australia and Guadalupe Island, Mexico and administer incredibly visual experiments in an effort to answer this and many other fascinating questions!

Sharks are most aggressive and most active in the dark, but the fact is, we know very little else about the nocturnal nature of these creatures. Now, armed with the latest in infrared thermography cameras and night vision technology, a team of divers travels around the world, and descends into the sharks dangerous after-dark hunting grounds. Their goal is to learn more about how Great Whites, Six-Gills, and Tiger Sharks behave after the sun goes down.