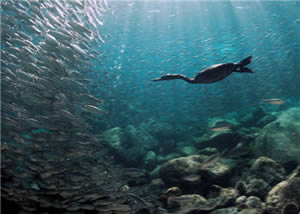 The best in show: "Too Many Choices" by Rand McMeins

THE MEADOWLANDS, New Jersey -- Wetpixel.com and DivePhotoGuide.com teamed up to celebrate the beauty and delicacy of the marine environment by developing the first instance of a new, annual, international underwater photography competition. For our inaugural event, only digital entries were accepted (images taken from digital cameras or scanned from film).

Photographers competed in six categories to win more than $25,000 in prizes, including premium dive travel, underwater photography equipment, and more, and 15% of entry proceeds will be donated to marine conservation efforts.

Winners were announced on stage at the 2006 Our World-Underwater festival in Chicago, Illinois (February 24-26, 2006).

See the winners gallery at Beneath the Sea and Divephotoguide.com.