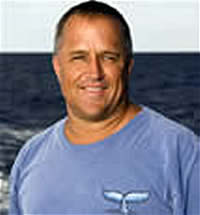 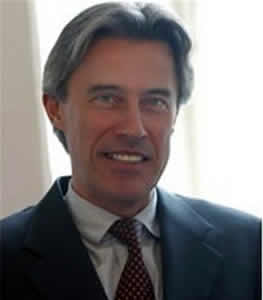 Markus Groh, a lawyer and avid diver from Austria, died from a shark bite while on a dive trip led by Jim Abernethy.

MIAMI, Florida -- The U.S. Coast Guard has evacuated the controversial shark dive operator Jim Abernethy after he was bitten by a shark in the Bahamas. Abernethy, 55, was on a diving excursion with the commercial diving vessel Shear Water about 18 miles north of West End, The Bahamas, when the incident occurred.

The Coast Guard confirmed the 55-year-old victim was flown to St. Mary's Medical Center in West Palm Beach, Florida. Abernethy was reportedly responsive and awake during the rescue.

Abernethy, a well-known dive operator and shark enthusiast, is no stranger to controversy. Back in 2008, Markus Groh, a lawyer and avid diver from Austria, died from a shark bite while on a trip led by Abernethy.

Before the Groh incident, Abernethy had been warned in a letter which went to all dive companies operating in the Bahamas, to cease and desist "conducting open-water non-cage shark diving experiences with known species of potentially dangerous sharks, such as tiger sharks, bull sharks, hammerhead sharks, lemon sharks & mako sharks."

The letter, written by Neal Watson, president of the Bahamas Dive Association, went on to say "some dive operators have chosen to disregard standard safe-diving practices as it relates to interactions with tiger sharks and other potentially dangerous species of sharks, in various locations within the waters of The Islands of The Bahamas."

In an interview, Watson said "there's not a shark expert in the world that would put divers in the water, with chum, specifically to attract bull, tiger and hammerhead sharks, without a cage. That's putting people's lives at risk"

Through a friend, Jim Abernethy has issued a statement:

Thank you for your concerns and well-wishes tonight; Iâm going to be fine and so is the shark.

My concern is for the future of sharks. Each day more than 200,000 are killed - mostly for shark fin soup.

Since the 1970s, sharks populations have plummeted by as much as 80 percent, with some species reduced by a staggering 97 percent.

Iâve spent the last two decades of my life in the Bahamas with the sharks that I love.

Todayâs minor incident will not deter me. I will continue my mission to help protect these beautiful animals and share their grace and wonder with others.

I am dedicated to promotion and establishment of marine preserves for these creatures and all marine life.

This is the only way to help protect the future of our oceans â and the life, resources, and joy it brings to all of us.

Thank you again for your concerns and well wishes.

I plan to be back out to sea in a few days.