U.S. Navy Researching Cellular-Level Effects Of Underwater Pressure On Divers; 'This Is A Huge Leap Forward' 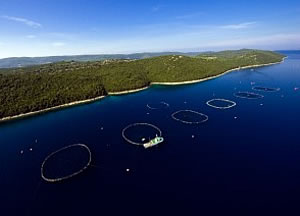 Kali Tuna grew over 1,000 young tuna into mature brood stock at its aqua farms in both Mexico and Croatia. 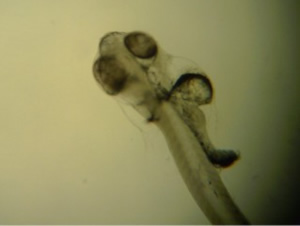 This is the largest documented spawning in Kali Tunaâs cages to date. The eggs were placed into an incubator and hatched.

Larvae hatched from eggs, collected from Kali Tuna's holding pens on July 19-21, were analyzed by genomics laboratory Macrogen Inc. They were confirmed to be Bluefin Tuna. Further tests conducted on the larvae's mitochondrial DNA determined that they matched their gene base, establishing that natural spawning activity had taken place within Kali's brood stock holding pens. This is the third consecutive year that natural spawning activities have taken place in Umami's Croatian commercial tuna farming facility, Kali Tuna.

Eggs were collected from one of several brood stock cages containing 84 mature five-year-old fish. The fish were not treated with hormones but, over the years, have been closely managed by Kali's scientists. This is the largest documented spawning in Kali Tuna's cages to date. The eggs were placed into an incubator and hatched. The larvae are being used for further research and development.

Kali Tuna has made a significant investment growing over 1,000 young tuna into mature brood stock at its aqua farms in both Mexico and Croatia to help replenish the Bluefin tuna population. This is likely the world's largest brood stock holding, with the goal being to release hundreds of millions of fertilized eggs and fry back into the wild every year.

This spawning event is a major step forward for the company's hatchery project. Having a reliable and predictable supply of eggs is essential to the success of the company's propagation programs. Earlier this year, Kali Tuna started work on building the world's first mobile tuna hatchery, one that will incorporate the latest equipment and technologies while being cost effective.

"This event marks a major milestone in our company's ultimate goal of building a commercially viable closed-life-cycle Bluefin Tuna farming operation," said Oli Valur Steindorsson, Umami's Chairman and CEO. "For three consecutive years at our Croatian facility, we have spawned Bluefin tuna in captivity in a natural way. Although we still have a lot of work left to do in achieving our ultimate goal of developing economically viable processes of raising fish from the fry, these results prove that our experience, and our understanding of the species, is paying off. I am now more confident than ever that we will be able to dramatically increase the world's access to this highly valued food source, without any degradation in quality, while, at the same time, decreasing the pressure on the world's wild populations."