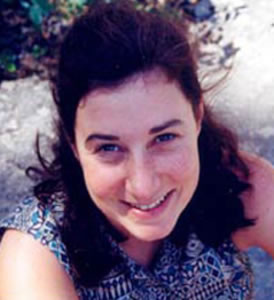 HAMILTON, Ontario -- Female promiscuity appears to have triggered changes in the type of sperm a male produces, according to new research on fish from central Africa.

The study, published in the Proceedings of the National Academy of Sciences of the USA, examines how competition for reproduction influences the sperm of many species of African cichlids. These fish have extremely diverse mating behaviours, ranging from strict monogamy to species where females mate with many males in quick succession.

"In promiscuous species we found that males produced larger and faster sperm than in closely related species that were monogamous," says Sigal Balshine, associate professor in the Department of Psychology, Neuroscience & Behaviour at McMaster University, and senior author on the study. "This research offers some of the first evidence that sperm has evolved to become more competitive in response to females mating with multiple males."

Female promiscuity is a major problem for males because the sperm from rival suitors will compete in the race to procreate, explains Balshine. While the idea that sperm would evolve to become more competitive when males compete for fertilization seems obvious, to date there has been little evidence to support this theory.

For the study, researchers collected males from 29 closely related species found off the Zambian shores of Lake Tanganyika (Africa). After examining the relationship between promiscuity and sperm quality the researchers used computer simulations to assess how sperm evolved in these fish.

"Our analysis confirmed that sperm became more competitive only after a species shifted their mating behaviours to become more promiscuous," says John Fitzpatrick, lead author of the study and a biology graduate student from McMaster University, now with the University of Western Australia. "The first step in producing more competitive sperm was by influencing how much energy the sperm can produce. Just like a mechanic could make a car drive faster by installing a better engine, evolution appears to act first on the engine that drives sperm movement."

Funding for the study was provided by NSERC, Canada Fund for Innovation and Ontario Innovation Trust.