Sex Life Of Toxic Sea Slugs To Be Studied; 'We Want To Find Out Who The Slugs Are Having Sex With' 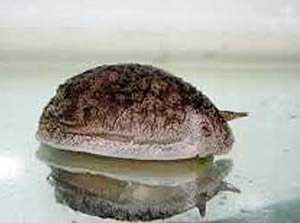 A three-year $250,000 research project will investigate whether the sex life of toxic sea slugs holds the key to why the creatures are washing up in increasing numbers on Auckland beaches.

The Auckland Regional Council erected signs warning people to closely supervise children and pets following the deaths last year of two dogs that ate the slugs, which can grow up to 10cm.

Evolutionary geneticist Professor Paul Rainey is heading the research on the population ecology of the slugs.

There is concern that the toxin they produce, tetrodotoxin, poses a risk to human health as well as potential harm to seafood sources and aquaculture industries. The study aims to identify possible migration and mutations within sea slug populations.

"We want to find out who the slugs are having sex with," Professor Rainey says. "Is it with their neighbors, or out-of-towners."

Based in the New Zealand Institute for Advanced Study at the Albany campus, Professor Rainey is working with the regional council and the Cawthron Institute in Nelson to establish genetic similarities and compare concentrations of the lethal toxin in different sea slug populations in the Hauraki Gulf and elsewhere in New Zealand coastal waters.

Professor Rainey says sea slugs were not previously known to be toxic. "It has come to our attention due to the dogs eating them. We want to find out if sea slug populations are increasing and what is causing them to increase."

Part of the project will be conducted by a PhD student from France, and funded by the Allan Wilson Centre for Molecular Ecology and Evolution, a Government-funded centre of research excellence led by Massey.

The student will take DNA samples from the slugs for molecular markers. These will provide clues to the biogeography of sea slug populations and indicate any variations in levels of toxin they produce.

Professor Rainey says recent findings from a combined Cawthron-regional council survey revealed a possible link to the apparent rise in sea slug numbers is the proliferation of Asian Date Mussels in Auckland coastal waters. Divers collecting sea slug samples have noted anecdotally that slugs feed on the mussels, an invasive marine species introduced to New Zealand in the 1970s that has spread throughout the Waitemata Harbour.

Professor Rainey is pleased Massey's specialist institute is able to turn its skills to solving an urgent, local issue. He hopes the research project will yield preliminary results by the end of next year that sheds light on the ecology and evolution of the sea slugs.