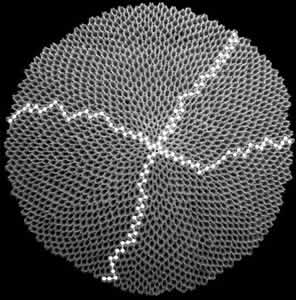 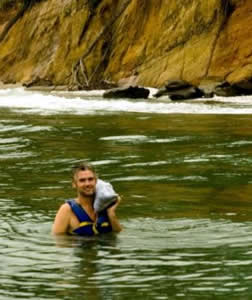 WASHINGTON, D.C. -- Smithsonian scientists and colleagues report a new study that may shake up the way paleontologists think about how environmental change shapes life on Earth. The researchers summarized the environmental, ecological and evolutionary consequences for Caribbean shallow-water marine communities when the Isthmus of Panama was formed. They concluded that extinctions resulting when one ocean became two were delayed by 2 million years.

Researchers from the Smithsonian Tropical Research Institute, Scripps Institution of Oceanography and London's Natural History Museum report their study in the Proceedings of the National Academy of Sciences on March 12.

Three to 4 million years ago, the Isthmus of Panama land bridge rose to connect North and South America, and divided one vast ocean into two. In response, a major extinction of marine animals that had flourished under open seaway conditions occurred on the Caribbean side of the new Isthmus.

"We may be way off-track when we search for the causes of extinctions by looking only at the time the extinctions occur in the fossil record, which is what paleontologists normally do," said Aaron O'Dea, postdoctoral fellow at the Smithsonian Tropical Research Institute and Scripps Institution of Oceanography. "In our case, we see that most coral and snail species died off a good 2 million years after the environmental change that caused their demise."

The researchers don't yet know why extinction was delayed for such a long time. According to O'Dea, the species probably underwent severe reductions in their abundances and geographical ranges but managed to cling on until some sort of threshold was reached.

O'Dea said the results suggest paleontologists may need to dig deeper when searching for the causes of the great events in the history of life. "The results also may be taken as a warning because right now we are seeing similar reductions in ranges and abundances of many animals and plants due to anthropogenic influences, but we still don't know where the thresholds are that lead to irreversible extinction."

For the study published today, the team of paleontologists collected marine life from contemporary near-shore environments around the Isthmus of Panama and then compared them to the fossil record from the southwestern Caribbean during the last 10 million years.

"Bivalves such as clams and mussels are common in our contemporary samples along the Pacific side of the Isthmus where there's seasonal upwelling: really cold, nutrient-rich water pumped to the surface by the trade winds from December to April," said Jeremy Jackson, professor at Scripps and Smithsonian Tropical Research Institute emeritus.

"Corals and algae are more common in the more nutrient-poor, warmer waters on the Caribbean side."

Several approaches were used to reconstruct the environmental and ecological conditions of the Caribbean as the Isthmus rose. "Changes in the body size of fossil cupuladriid bryozoans indicate the strength of upwelling; the types of fossil foraminifera in the samples tell us the depth of the water; and percent shelly material and percent mud in the sediments give us ideas about the amount of food in the water column," O'Dea said.

The team also measured which animals and plants dominated the sea floor by weighing the fossils and monitoring changes in the proportional weights of different ecological groups through time. Ken Johnson and Jon Todd of London's Natural History Museum documented exact timing of coral and snail species, showing that up to 50 percent of species went extinct between 2 and 1 million years ago.

The environment and the ecology changed as the Isthmus closed. Water temperature stabilized in the Caribbean and carbonate deposition increased considerably between 4 and 3 million years ago. At this time corals and algae began to dominate in terms of numbers. "We don't start seeing extinction rates really increasing for another 1 million years," Jackson said. "What is most remarkable is that most of the organisms that went extinct were those that liked high productivity environments, which had already disappeared for some time. Why did it take so long for them to perish? What tipped the scales?"

Jackson recently shared the 500,000-Euro prize from the Banco Bilbao Vizcaya Argentaria for his work on the decline of marine life as a result of historical overfishing. He supports the idea that gradual environmental changes in the ocean may suddenly add up to conditions that make life untenable.

"Most paleontology studies report the length of time that an organism is present in the fossil record…but that doesn't tell the whole story. Looking at the abundance of organisms helps because you can see their decline long before they go extinct. Extinction is forever, and it remains unclear how long new ecological conditions must persist before extinction occurs," Jackson said.

The Smithsonian Tropical Research Institute, headquartered in Panama City, Panama, is a unit of the Smithsonian Institution. The Institute furthers the understanding of tropical nature and its importance to human welfare, trains students to conduct research in the tropics and promotes conservation by increasing public awareness of the beauty and importance of tropical ecosystems.