Industry Group: Dr. Oz Gets It Wrong On Fish And Mercury; 'A Chaotic Bazaar Of Advice' 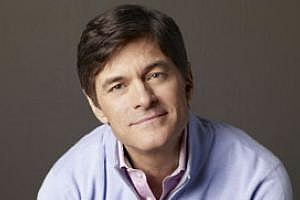 The National Fisheries Institute is challenging the advice Dr. Mehmet Oz has give over the consumption of fish and mercury

WASHINGTON, D.C. -- The National Fisheries Institute (NFI) is publicly challenging Dr. Mehmet Oz, host of the Dr. Oz Show, to correct a number of errors and distortions that he made concerning fish, nutrition and mercury on a recent episode of his show. Earlier this year, NFI sent several letters to Dr. Oz pointing out, among others, the following errors contained in a program that was televised nationally on January 26, 2010 and is scheduled to be re-run nationwide later today:

Despite repeatedly bringing this to his attention, Dr. Oz refused to substantively answer NFI's questions and instead responded with a letter from the program's attorney. When NFI learned of ZoCo Production's intention to re-run the program, it sent yet another letter to which the company has yet to respond.

NFI joins a growing chorus of critics who are finding fault with many of the doctor's methods. An April 2010 profile in the New York Times Magazine observed that the pressures of producing a daily television show had led Dr. Oz to dispense "a chaotic bazaar of advice, not all of it equally reliable and important." Another article that appeared that same month in the Chicago Tribune concluded that, "Oz's ventures also offer advice unsupported by science."

For more than 60 years, the National Fisheries Institute (NFI) and its members have provided American families with the variety of sustainable seafood essential to a healthy diet. For more information visit: www.AboutSeafood.com.