How Fish Swim: 'Treadmill For Fish' Reveals Contribution Of Fins To Propulsion 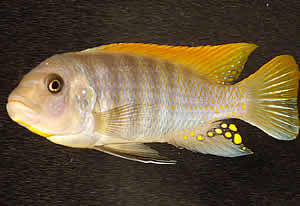 CAMBRIDGE, Massachusetts -- There are fish tales and then there are fish tails. And a report from Harvard researchers in the current issue of the journal Biology Letters seems to demonstrate that previous theories about how bony fish move through the water were, well, just fish tales.

Flammang's group made this discovery with help from "a brand-new laser imaging device that allowed us to get an instantaneous three-dimensional view of the wake of a swimming fish." Previous observations, she said, "have been made in two dimensions."

Researchers used what Flammang called, with a laugh, "a treadmill for fish â it's a giant Plexiglas tank with water circulated in one direction, and the fish moves at a speed controlled by the flow of the water."

White plastic particles, "almost like a powder," are put into the water, and then "cameras record laser illumination of particles in water" as the fish swims against the current in the tank so that researchers can observe and record the wake of the fish â "which tells us the direction of thrust and how thrust is produced," said Flammang, a postdoctoral fellow in the laboratory of George Lauder, the Henry Bryant Bigelow Professor of Ichthyology in Harvard's Department of Organismic and Evolutionary Biology and curator of ichthyology at the MCV. (Flammang was a graduate student when she and her group did the work.)

The new laser device provides a three-dimensional view of the fish's movement, Flammang said. With the new system researchers are able to get the entire volume of water being moved in each of multiple sequential photographic images.