Scientific Hunch Poised To Save Thousands From Toxic Ciguatera Poisoning 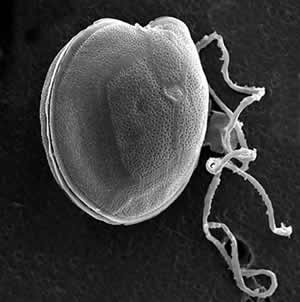 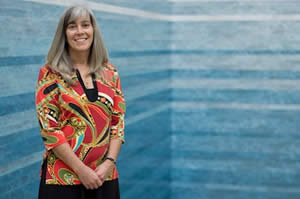 AUSTIN, Texas -- Marine scientist Deana Erdner is part of an international team of researchers awarded an anticipated five-year, $4 million grant to study the causes of ciguatera fish poisoning, the most common form of algal toxin-induced seafood poisoning in the world.

The study is being funded by the National Oceanic and Atmospheric Administration (NOAA). It will focus on ciguatera in the Gulf of Mexico and Caribbean.

Ciguatera affects tens of thousands of people annually. Common symptoms include abdominal cramps, diarrhea, nausea, headaches, muscle aches and numbness. They can persist for weeks or months. The toxins are not killed by heat. They are colorless, odorless and tasteless at the quantities that will make a person ill.

"There is no easy test available for the toxins, and there's a lot we don't know about Gambierdiscus, the algae that produces the toxin" said Erdner, an assistant professor of Marine Science. "This project aims to understand what affects the growth and toxicity of the algae, so we can understand when and where the greatest risks from ciguatera will occur. We want to provide better information to consumers, helping them make decisions that reduce their exposure to toxic fish."

Erdner says the overall goal of the project is to help develop a mathematical model of how the algae responds to environmental conditions. Then scientists may be able to make predictions of when and where outbreaks are likely to occur.

Her role in the project is to investigate the relationships between different populations of Gambierdiscus. She'll do extensive genetic profiling of algae populations throughout the Caribbean and the Gulf of Mexico, including the Virgin Islands, the Florida Keys, Mexico, Gulf oil platforms, and the Flower Gardens Banks National Marine Sanctuary.

"The algae tends to live on the surface of seaweed," said Erdner, who's based at the Marine Science Institute in Port Aransas. "It's found on reef areas, such as fringing reefs around islands, submerged banks like the Flower Gardens, and artificial reefs like oil platforms."

One of the major questions Erdner hopes to help answer is whether the toxic algae in each different reef area has always been there, or whether there is constant exchange and migration between the widespread "islands" of reef habitat.

"This toxic alga is most commonly found in warm waters." said Erdner. "As sea surface temperatures creep up, there is the potential for changes in population growth or geographic range of this alga, which would impact the risk of ciguatera."

The international collaboration, known as CiguaHAB, is being led by Michael Parsons, director of the Coastal Watershed Institute at Florida Gulf Coast University. Also participating in the project are researchers from the Woods Hole Oceanographic Institution; the University of South Alabama; the University of Veracruz, Mexico; the U.S. Food and Drug Administration Gulf Coast Seafood Laboratory; and the University of the Virgin Islands.

"Ciguatera is of great concern to people who prefer or depend on reef fish in their diets," said Parsons. "Anything we can do to lessen illnesses by reducing the exposure to the toxins that cause ciguatera would be a great benefit to the consumer."