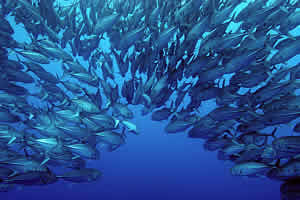 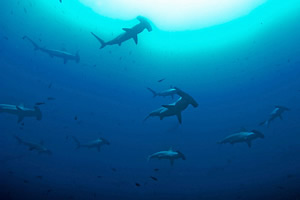 ARLINGTON, Virginia -- A massive new marine protected area around Cocos Island is a beacon of hope for ocean health and human well-being in the Eastern Tropical Pacific, and will offer endangered marine species such as hammerhead sharks and leatherback turtles, as well as fish stocks that are important to local communities, the chance to recover from increasing pressures, Conservation International (CI) said today in reaction to a decree by the Costa Rican government.

Located 550 km. (342 mi.) off the coast of Costa Rica in the Pacific Ocean, Cocos Island is just 20 km (12 mi.) in circumference, and is often dubbed "Shark Island" for the abundance of sharks that live in its waters, including white tipped reef sharks, whale sharks, and scalloped hammerhead sharks. The waters around Cocos also support more than 30 unique, marine endemic species, which represents more than 40% of the country's known total.

Describing the decree as a day of national pride, Costa Rican Marine Program Coordinator for Conservation International, Marco Quesada said, "Creating a protected seamount area sets an important precedent. Sea mounts host endemic species, and the deep water that upwells along their sides brings nutrients that support rich feeding grounds for sealife on the surface. Seamounts serve as stepping stones for long-distance, migratory species, including sharks, turtles, whales and tuna. So we applaud the vision of the Costa Rican President, Laura Chinchilla Miranda, as well as the Minister and Vice Minister of Environment in making this historic move."

The expanded protected area, which is likely to include both fully protected and low impact fishing zones, will encourage the sustainable management of fisheries resources and protect the scalloped hammerhead shark and the leatherback turtle, two threatened species that concentrate and feed in the new area, and two key 'flagship' species for the Eastern Tropical Pacific.

Leatherback turtles are listed as Critically Endangered on the IUCN Red List of Threatened Species. The Costa Rican population has declined by 40% in the last 8 years, and 90% in the past 20 years, due in part to the loss of eggs to illegal harvest in nesting sites. Scalloped hammerhead sharks are on the globally Endangered species list, and are often targeted by fishermen for their fins, which attract high prices primarily for the Chinese market. Both scalloped hammerhead sharks and leatherback turtles are accidentally captured in commercial fishing operations.

"This new protected area gives us a better chance to ensure that these species will thrive for future generations to marvel at for many decades to come", said Dr. Bryan Wallace, Conservation International's Marine Flagship Species Program Director.

Recognized as a core site within CI's Eastern Tropical Pacific Seascape (ETPS) program since 2005, Conservation International worked with local partners for the past six years, to help make this decree a reality. In that time, CI's local team supported Costa Rica in developing national shark and turtle strategies and the creation of new management categories including Marine Reserves and Responsible Fishing Areas, directly involving local communities in management.

"This has been a long journey," added Quesada. "We have worked with a host of national research, conservation and fisheries organizations to determine the fairest and most environmentally responsible expansion scenarios. None of this would have been possible without the invaluable scientific and management contributions of the Cocos National Park Administration, the University of Costa Rica's Center for Marine Investigations, Pretoma, Marviva, Forever Costa Rica and, above all, the leadership of President Chinchilla, and her ministers." said Quesada.

Scott Henderson, Regional Marine Conservation Director for Conservation International said, "Protecting threatened marine life and ensuring thriving fisheries is what our Eastern Tropical Pacific Seascape Program is all about. Costa Rica and its neighbors are enormously important centers of marine diversity and abundance that underpin valuable fisheries and tourism industries. Today's announcement reconfirms Costa Rica's role as a regional leader in green economic development â extending this approach from its land to its oceans. Tomorrow's fisheries will show that the expansion of Cocos benefits fishermen, too."