Shark Attack Survivors Press U.N. To Save The Sharks; 'We See The Value In Saving These Animals' 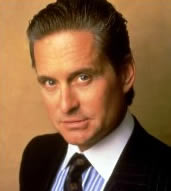 HAMILTON, Bermuda -- Bermuda resident Michael Douglas is unlikely to appear in any future installments in the Jaws movie franchise.

The two-time Oscar winner, currently in Europe promoting his new Secret Service thriller The Sentinel, this week told the British media while he loves swimming in Bermuda's seas he has an irrational fear of sharks and fears he'll one day be attacked by a man-eater – despite the fact there have been no recorded shark attacks here since the early 1960s.

"I'm not crazy about sharks," he told a British tabloid. "I swim in Bermuda and worry about them too much."

Douglas, son of Bermudian actress Diana Dill and Hollywood legend Kirk Douglas, has lived in Bermuda with wife Catherine Zeta-Jones and their two children, six-year Dylan and three-year-old Carys, since the late 1990s.

He told the British media this week the fact his family can lead a normal life in Bermuda, remaining unmolested by intrusive paparazzi, is one of the island's chief appeals to the Hollywood power couple.

And the 61-year-old actor added that he preferred to maintain a "healthy distance" from Wales, the country where his wife was born.

In an interview with the BBC, Douglas said: "I think it's important where you've come from and what you've done. We enjoy the time in Wales when we're there.

"We live now in Bermuda, which is actually where my mother's roots are – my mother's whole family is from Bermuda, so I think we've got a good sense of family history."

But when asked whether the family had any plans to relocate to Wales he said: "No, no. We get to visit a lot.

"We love our Welsh family, and love the Welsh but, you know, it's always nice to keep a healthy distance."

The British tabloid press may have something to do with the decision to avoid the UK. Douglas added: "Some countries and places, you do your photographs and take your pictures and all of that, and then that's it, you get on.

"Here they tend to stay with you once they've got your scent, they tend to always be with you and that's difficult when you've got kids."

Although Douglas and Zeta-Jones do own a property in Mumbles, Swansea, they spend most of their time in Bermuda.