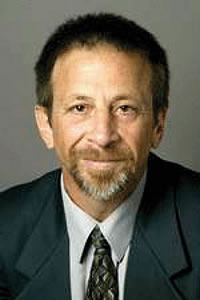 CORAL GABLES, Florida -- Roni Avissar, a Duke University climatologist who has studied the way Amazon deforestation affects precipitation patterns around the world and was one of the first to employ a specially equipped helicopter to collect environmental data, today was named the new dean of the University of Miami’s Rosenstiel School of Marine and Atmospheric Science. He will begin his post on June 1.

"Dr. Roni Avissar is a distinguished scientist and prominent scholar who will bring strong leadership to the rich academic resources of the Rosenstiel School," said University President Donna E. Shalala.

Born and raised in France, Avissar is a professor at Duke’s Pratt School of Engineering. He joined the Durham, North Carolina-based University in 2001, serving for five years as the W.H. Gardner Professor and chair of the Department of Civil and Environmental Engineering.

“I am certainly humbled by the responsibilities and thrilled to be able to lead what I consider to be the top school of marine and atmospheric science in the country,” Avissar said. “It’s a great joy for me, and I’m truly excited and looking forward to the hard work that lies in front of us to make the school an even better place.”

During his tenure as chair, he helped increase the department’s external funding from less than $1 million to more than $4.2 million, led a strategic planning process, increased the number of female faculty members, and revamped the doctoral program—accomplishments that led to the department achieving a No. 18 ranking by U.S. News & World Report.

“Dr. Roni Avissar’s vision for the Rosenstiel School will not only enhance the school’s national reputation but also advance the level of collaboration among UM schools and colleges, as we all seek to develop innovative solutions to the environmental challenges that confront the nation and the world," said College of Engineering Dean James M. Tien, who led the search committee that identified Avissar.

Avissar’s research ranges from climate modeling and atmospheric science to aerodynamics and environmental engineering. Over the past 15 years, he has conducted extensive research on deforestation of the Amazon basin, finding that it has altered storm activity in the region and changed rainfall patterns in the American Midwest, South, and Southwest. His research contributes to the improvement of weather and climate models that improve storm forecasts, especially for hurricanes.

“The University of Miami is extremely fortunate to have such a distinguished researcher lead our Rosenstiel School,” said Provost Thomas J. LeBlanc. “He brings to the post a multinational and multilingual breadth of experience well suited in South Florida.”

At Duke, Avissar spearheaded his department’s acquisition of a $1.3 million Bell JetRanger helicopter, modifying the turbine-powered aircraft with special instruments to collect vital environmental and atmospheric data that couldn’t be obtained any other way and then piloting the aircraft on several research flights.

As part of his goals for the Rosenstiel School, he intends to build on the relationship between its researchers and National Oceanic and Atmospheric Administration laboratories, which are based across from the school on the Rickenbacker Causeway in Virginia Key. More joint research with UM’s College of Engineering and Miller School of Medicine are also key objectives, he says.

Prior to Duke, Avissar spent 12 years at Rutgers University, including three as chair of the school’s Department of Environmental Sciences. He also founded the Center for Environmental Prediction there, which was originally based on a collaborative agreement with NASA.

Avissar received all his degrees from the Hebrew University of Jerusalem in Israel. In 1980 he received his B.Sc. in Soil and Water Sciences; in 1982, his M.Sc. in micrometeorology studies; and in 1987, his Ph.D. in atmospheric science.