Group: Imported Tuna May Have Mercury Levels Over the FDA Limit 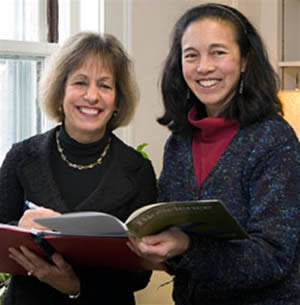 HANOVER, New Hampshire -- A team of researchers, led by biologists at Dartmouth, has found potentially dangerous levels of mercury and arsenic in Lake Baiyangdian, the largest lake in the North China Plain and a source of both food and drinking water for the people who live around it.

The researchers studied three separate locations in Lake Baiyangdian, all at varying distances from major sources of pollution, such as coal emissions, agricultural runoff, and sewage discharge. They found concentrations of arsenic and mercury in fish were above the threshold considered by the U.S. Environmental Protection Agency (EPA) to pose a risk to humans and wildlife.

The findings were published online on Dec. 24, 2007, in the journal Water, Air, and Soil Pollution.

"It's important to study this system because it is typical of many throughout China where human activity and industrialization are having detrimental effects on the environment with major human health implications," says Celia Chen '78, a research associate professor of biological sciences. "It makes perfect sense to apply what we're learning about lakes in the U.S. to other places in the world, like China, that have a growing global impact."

Chen and her team were curious to learn how arsenic and mercury, two toxic environmental metals, moved through the food web in a freshwater ecosystem known to be polluted and contaminated. In a process called bioaccumulation, mercury and arsenic were found throughout the food web, from the water, into the algae, through the tiny algae-eating zooplankton, to the fish. As expected, the researchers found that more nutrient-rich environments supported larger algal blooms, which resulted in lower concentrations of mercury and arsenic in the water due to uptake by the algae.

In their previous work, the researchers found that when there is a lot of algae present, mercury and arsenic are biodiluted, or more dispersed, so zooplankton that eat the algae are exposed to lower levels of the metals and transfer less to fish.

"Despite this potential interaction - a decrease in bioaccumulation due to high algal biomass - the mercury and arsenic in this system are high enough to be of concern to humans and wildlife that drink the water and consume fish," says Chen. "For example, we saw arsenic levels in the water that represent more than fifty times the EPA-recommended limit for consumption of fish and shellfish."