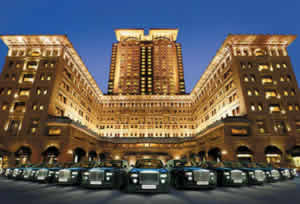 HONG KONG, PRC -- In recognition of the threat facing the global shark population and in line with the Company's sustainability vision, The Hongkong and Shanghai Hotels, Limited (HSH), parent company of The Peninsula Hotels, today announced that it will stop serving shark fin at all its group operations, effective 1 January 2012. However, the Company will honor banquet bookings involving shark fin products made prior to 21 November 2011, but taking place after 1 January 2012.

Mr Clement K.M. Kwok, Chief Executive Officer of HSH, said: "By removing shark fin from our menus, we hope that our decision can contribute to preserving the marine ecosystem for the world's future generations. As Asia's oldest hotel company, we also hope that our decision will inspire other hospitality companies to do the same and that our industry will play a role in helping to preserve the bio-diversity of our oceans."