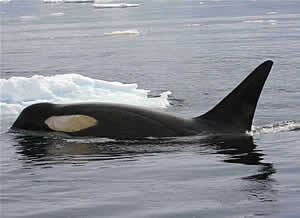 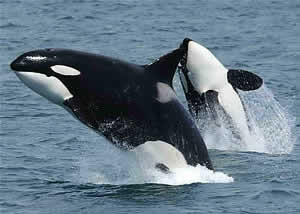 Scientists have suspected for some time that there was more than one species of killer whales because of differences in behavior, feeding preferences and subtle physical features. But until now DNA analysis has been inconclusive because of the inability to map the entire genetic picture, or genome, of the whales' mitochondria, an organelle within the cell inherited from the mother.

"The genetic makeup of mitochondria in killer whales, like other cetaceans, changes very little over time, which makes it difficult to detect any differentiation in recently evolved species without looking at the entire genome," said Phillip Morin, lead author and geneticist at NOAA's Southwest Fisheries Science Center in La Jolla, Calif. "But by using a relatively new method called, 'highly parallel sequencing' to map the entire genome of the cell's mitochondria from a worldwide sample of killer whales, we were able to see clear differences among the species."

Highly parallel sequencing of DNA is far faster and less costly than historical methods of analysis. For instance, the examination of mitochondrial DNA genome in one sample could have taken as long as several months. But with the use of high throughput sequencing, researchers can complete the same analysis for 50 or more samples in just a few weeks, and technology to sequence larger parts of the genome and more individuals continues to improve rapidly.

Determining how many species of killer whales there are is critically important for resource managers to establish conservation priorities and to better understand the ecological role of this large and widespread predator in the world's oceans.