NOAA Releases Report on Status of U.S. Marine Fisheries for 2005; Overfishing in Decline

NOAA Releases Report On The State Of Deep Coral Ecosystems In The U.S.; 'A World Leader In Conservation' 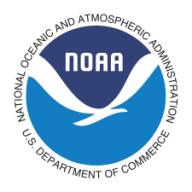 WASHINGTON, D.C. -- NOAA has released a report on the status of U.S. marine fisheries for 2005. The government report shows both progress in rebuilding overfished species and response of fisheries managers to slow fishing rates for species that were found in 2005 to have above-target harvests. Each year, NOAA announces the state of U.S. fisheries to inform Congress and the American public of the agency's progress in restoring fish stocks to sustainable population levels. The annual report tracks both population levels and harvest rates for species caught in federal marine waters, between three and 200 miles off U.S. coasts.

"I'd like to thank and congratulate the United States Senate for its leadership in passing a Magnuson-Stevens bill," said Bill Hogarth, director of NOAA Fisheries Service. "We hope to see passage of a House version soon so the Congress can develop a final Magnuson-Stevens reauthorization bill."

In a proclamation declaring June 4-10 as "National Oceans Week," President Bush reiterated the Administration's commitments to end overfishing and to collaborate with Congress to build an improved, market-based system to better manage our fisheries and keep our commercial and recreational fishing industries strong.

"We continue to make progress in rebuilding overfished stocks and ending overfishing, but this report also signals the need for additional management tools from Congress for us to be more effective stewards of our oceans," Hogarth said. "I look forward to the passage of a robust bill to reauthorize the Magnuson-Stevens Act with provisions that give NOAA and the regional fishery management councils stronger legal mandates to end overfishing more quickly, which in turn will accelerate the rebuilding of overfished stocks."

Hogarth reiterated the need for expanded use of market-based fishery management programs to allow fishermen to manage their fishing operations more like a business, strengthen incentives to fish in a sustainable manner and allow them to fish when weather conditions are safest and prices are best.

NOAA has implemented plans to rebuild the 54 overfished stocks within the last eight years which, in some cases, is not enough time for them to recover from previous decades of substantial overfishing. Although overfishing still occurs on 45 fish stocks and complexes, the regional fishery management councils have been taking action to scale back the rate of overfishing. In many cases, rebuilding plans phase out overfishing over time to prevent major social and economic impacts to fishing communities, as required by the Magnuson-Stevens Act.

NOAA scientists collect and analyze data to determine population levels and fishing rates for the major species targeted by recreational and commercial fishermen. While NOAA does not evaluate populations of every marine species, the agency continues to assess the health of more species each year. In 2005, new assessments helped NOAA determine population levels and/or fishing rates for 20 additional stocks and stock complexes.

Changes in fish population levels between 2004 and 2005 consist of the following:

Changes in harvest rates between 2004 and 2005 consist of the following:

When a fish stock is determined to be either overfished or subject to overfishing, the regional fishery management councils must develop a plan to correct the problem. The councils were notified of the four new overfished and seven new overfishing determinations for 2005, and have taken corrective action or are scheduled to take action this summer.

NOAA Fisheries Service is dedicated to protecting and preserving our nation's living marine resources and their habitats through scientific research, management and enforcement. NOAA Fisheries Service provides effective stewardship of these resources for the benefit of the nation, supporting coastal communities that depend upon them, and helping to provide safe and healthy seafood to consumers and recreational opportunities for the American public.

NOAA, an agency of the U.S. Department of Commerce, is dedicated to enhancing economic security and national safety through the prediction and research of weather and climate-related events and providing environmental stewardship of the nation's coastal and marine resources. Through the emerging Global Earth Observation System of Systems (GEOSS), NOAA is working with its federal partners, more than 60 countries and the European Commission to develop a global network that is as integrated as the planet it observes, predicts and protects.