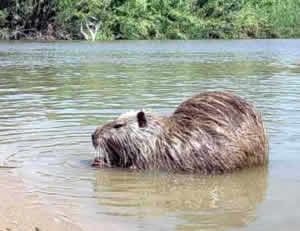 A man says he mistaked a snorkeler for a nutria, and shot him

REEDSPORT, Oregon -- The man accused of shooting a snorkeler in the head told investigators that he mistook the swimmer for a large, water-dwelling rodent, the authorities said.

William Roderick, 60, of Reedsport was arraigned Thursday in Douglas County Circuit Court on assault and other charges. The victim, John Chessman, 44, of Marcola, remained in serious condition at Oregon Health & Science University Hospital in Portland.

Roderick told detectives he saw what he believed to be a nutria swimming in the Smith River. He said he grabbed a rifle and shot at the rodent from a deck overlooking the water, sheriff's spokesman Dwes Hutson said.

After realizing that Chessman was not a nutria, Roderick helped pulled him from the water. Hutson said Chessman was conscious after the shooting.