Cayman's Scuba Official Refutes Scuba Tank Test Safety Issue; 'Everything is Above Board' 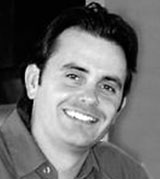 A top official of the Watersports Association refuted claims made by some dive sector members that scuba tank testing was an issue in the Cayman Islands.

In a Cayman Net News story last week, some officials of the dive sector complained about getting hydro tests done on the Island at a reasonable price and in a timely fashion.

Chairman of the Cayman Islands Watersports Association, Stephen Broadbelt, said the accusations made were "inaccurate and unjustified".

"We have an extremely good safety record, we're the leaders in the region on dive safety," he said.

"We have always been proactive, we meet every month to discuss safety, environmental and other business issues."

According to Mr Broadbelt, the Association prides itself in being successfully self-regulated.

"We have been well self-regulated for years and that's one of the reasons that Government hasn't stepped in," he said.

The Petroleum Officer employed by the Government makes occasional site inspections, he said.

Mr Broadbelt said the article could damage the reputation of the local sector, which is highly rated in the Caribbean.

"We were concerned about damaging the water-sports industry on the Island that has got one of the best safety records and reputation in the Caribbean," he said.

The top official said the complaint by the unnamed association members were "discounting everything we have achieved over the years".

In directly addressing the hydro test issue, he said that over 3,000 tanks were in service in the three Islands and the majority of the tanks were inspected and were in good standing.

"I did a survey of all our members and their tanks are in service and inspected. Everything is above board and there doesn't seem to be an issue," he said.

He described as ridiculous any suggestion made in the Net News story of infighting in the Watersports Association, which comprised diving, snorkelling and water-sports related companies.

"The article referred to some infighting going on, which again is ridiculous. We meet every month and we're probably one of the few business groups in water-sports in the Caribbean that can actually meet and communicate and get along as well as we do."

Mr Broadbelt, without naming anyone, said there may be one disgruntled individual among a membership of close to 30.

"I would imagine it may have been one individual you may have spoken with, but I don't believe the information printed is accurate and the information came from a number of our members," he said.

He said that a recent incident involving the temporary closure of a scuba tank testing station may have sparked off the discontentment of a member.

"It may have been one member who may have had a particular incident that wasn't able to get their tanks tested," he said.

"At one particular time the test station was down for renovations so that may have been the case."

The tank-testing station was closed for one week recently and has since been back in operation, he said.

The scuba tanks are to undergo a visual test every year and a hydro test every five years.