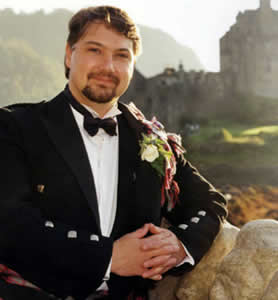 FAIRFAX, Virginia -- Earlier this summer, the U.S. Supreme Court agreed to review a series of lower court rulings that restrict the Navy's use of sonar in submarine detection training exercises off the coast of Southern California. The court is due to hear arguments in the case this week.

For many years, George Mason University professor Chris Parsons has been tracking the patterns of mass whale strandings around the world. In his most recent paper, "Navy Sonar and Cetaceans: Just how much does the gun need to smoke before we act?" Parsons and his co-authors bring together all of the major whale and dolphin strandings in the past eight years and discuss the different kinds of species that have been affected worldwide. They also strongly argue for stricter environmental policies related to this issue.

"Generally, if there is a large whale stranding, there is a military exercise in the area," says Parsons. "Sonar is killing more whales than we know about."

Parsons is a national delegate for the International Whaling Commission's scientific and conservation committees, and on the board of directors of the marine section of the Society for Conservation Biology. He has been involved in whale and dolphin research for more than a decade and has conducted projects in South Africa, India, China and the Caribbean as well as the United Kingdom.

Though Parsons believes that there is a good chance the U.S. Supreme Court will rule in favor of the Navy, he thinks there is a chance for a win-win situation on both sides.

"If the Navy uses proper mitigation efforts, it can still perform its exercises and affect less of the whale population," he says. However, he argues they need to avoid sensitive areas completely, and have trained, experienced whale experts as lookouts when performing these exercises—"not just someone who has watched a 45-minute DVD, which is sadly the only training most naval lookouts get with respect to finding and detecting whales."

Even with all these efforts, however, Parsons worries that sonar is affecting many more whales than we even know about. "Eventually the Navy may have to reconsider the use of certain types of sonar all together. They could be wiping out entire populations of whales, and seriously depleting others."