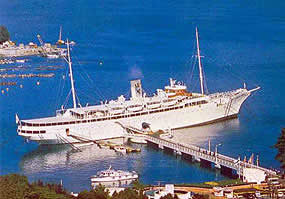 Stella Polaris at her present location, as a floating hotel in Japan. (Picture courtesy of Anders Bergström) 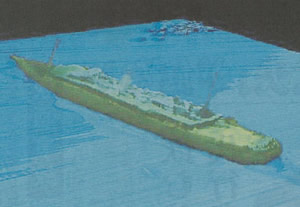 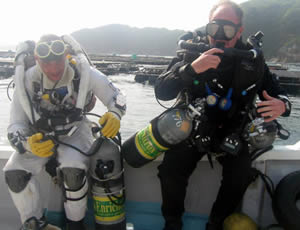 For the first time ever, an international team of divers from Austria, Britain, and Japan touched down on the shipwrecked Scandinavian passenger liner Stella Polaris. The world famous ship sunk last year off the coast of Kushimoto, Japan.

The dive team used rebreather dive technology and were able to film and take video footage of the wreck.

The dive was very difficult because the wreck lays in the strong Kuroshio Current. In addition, the dive site is in the midst of a busy shipping line. The team reported seeing hammerhead sharks around the wreck site. The divers returned from the deep after what was noted as a very demanding one hour dive.

The divers described the wreck with one mast broken and littered with many lines around the deck. The divers could see the front deck, swimming pool and bridge.

The team gave thanks to all the supporters in Japan and around the world, including sponsors from OTHREE and YASUDA.