From Whales To Silver Foxes To Refugees: EMILY Robot Is A Lifesaver; 'a classic overnight success story years in the making' 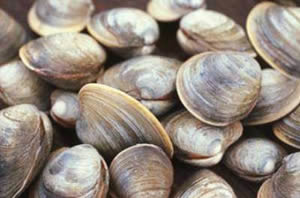 PROVIDENCE, Rhode Island -- Coastal dead zones, an increasing concern to ecologists, the fishing industry and the public, may not be as devoid of life after all. A Brown scientist has found that dead zones do indeed support marine life, and that at least one commercially valuable clam actually benefits from oxygen-depleted waters.

Andrew Altieri, a post-doctoral researcher in the Department of Ecology and Evolutionary Biology at Brown University, studied dead zones in Narragansett Bay, one of the largest estuaries on the U.S. East Coast. In a paper published this month in the journal Ecology, he found that quahog clams (Mercenaria mercenaria) increased in number in hypoxic zones, defined as areas where dissolved oxygen in the water has been depleted. The reasons appear to be twofold: The quahogs' natural ability to withstand oxygen-starved waters, coupled with their predators' inability to survive in dead zones. The result: The quahog can not only survive, but in the absence of predators, can actually thrive.

A recent study shows that dead zones have been expanding rapidly along the coastal United States and worldwide due to climate change and human-caused pollution. Scientists have typically focused on documenting the death of species and loss of fisheries in these oxygen-poor areas, but they haven't looked at how certain, hardy species such as quahogs can persist and thrive — until now. There may be other commercially important species that persist — and perhaps benefit — from dead zones in other regions.

The research (listen to the podcast on the Ecological Society of America Web site here) also underscores that some key species can be more adaptive and resilient than expected when challenged environmentally, which could have important implications for conservation efforts.

"You'd be hard pressed to say dead zones are good," Altieri said, "but with this study you just can't say that dead zones are simply doom and gloom. Ultimately, it's a silver lining on a very dark cloud."

Altieri planted quahogs, soft-shell clams (Mya arenaria) and blue mussels (Mytilus edulis) at four locations in Narragansett Bay — three of which are known to become hypoxic seasonally. He monitored how the species' populations fared during summer and early fall in 2003 and 2004 — periods when hypoxia is most likely to occur. Altieri found that all three bivalve species can tolerate mild hypoxic conditions, and that each benefited from some degree of hypoxia, because their natural predators vacated those zones. Scientists call hypoxia's benefit to aquatic prey species "predation refuge."

Altieri also determined that only the quahog can survive during severe hypoxia. In fact, he found the clam's density was highest in the most oxygen-challenged areas, while the other species died off, as expected in a dead zone.

"The quahogs are benefiting from the dead zones," Altieri said. "That was not something that we would have predicted from the conventional wisdom on dead zones or laboratory experiments alone."

The quahog is an iconic symbol in Rhode Island and even nationally and is the dominant catch in the Ocean State's shellfish industry. In 2007, the quahog's landed value was $8.4 million, according to the Rhode Island Department of Environmental Management's Division of Marine Fisheries.

In an odd twist, Altieri found that quahog populations declined in healthier waters. He thinks it's because the predators return as oxygen levels in the water rise, and those hunters — primarily sea stars, fish and crabs — feast on the clams. That means quahogs could fare worse if Narragansett Bay's waters got cleaner.

Yet Altieri is not advocating that hypoxic zones remain. While the quahog is shown to benefit from dead zones in Narragansett Bay, it is the only marine organism he found to do so. That means fishery managers, scientists or others could misjudge the health of a coastal ecosystem by the abundance of a particular species, while failing to see the losses of other species in that system.

"You say we've got this great fishery, what's the problem? But the ecosystem underpinning it may be hanging on the fact that one species is doing great, and the others may not be," Altieri said. "In the case of Narragansett Bay, if we lose the quahog because of further declines in water quality, disease, or some other factor, we won't have another species to turn to."