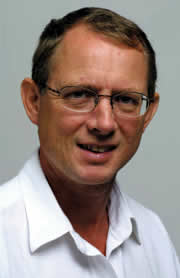 AYLESBURY, England -- M&J Seafood has announced that as from May 19th, it will no longer be supplying Bluefin tuna to the foodservice market. The decision comes hot on the heels of its move to ban all shark products from its portfolio and underlines the firm's strenuous efforts to support and promote sustainable and ethical sourcing and champion the use of underutilized species.

Sometimes referred to as the 'panda' of the tuna world, Bluefin has become a threatened species worldwide. To curb illegal and over fishing and dwindling stocks, the European Commission suspended the fishing of it in the eastern Atlantic and Mediterranean last year.

Speaking about the company's decision to remove all Bluefin from its offering, Mike Berthet, group director fish and seafood said: "This is something we expect other suppliers and retailers to follow. We had already banned Mediterranean Bluefin tuna, but it was important that all Bluefin tuna is removed from our extensive seafood list. We're looking at saying goodbye to Bluefin tuna as a living species unless action is taken to protect the planet's remaining stock."

He concludes: "Chefs are in essence the gatekeepers of the seafood industry and we as suppliers, are the locksmiths in that we need to empower them with the knowledge and tools they need in turn to educate their customers. We can still enjoy tuna on our menus if it is Yellowfin or Albacore for instance, but the industry needs to present a united front as we all have an enormous responsibility to support sustainable practices and reverse current trends."