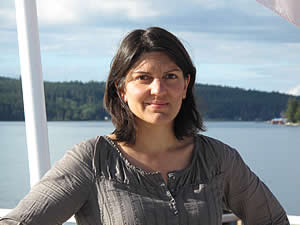 VANCOUVER, British Columbia -- Fishing is allowed in all but one percent of Marine Protected Areas (MPA) on Canada's Pacific coast, according to a study conducted by Living Oceans Society and published in Marine Policy this month. This is in spite of the fact that over half of the MPAs are officially rated as "strictly protected" and are intended to prohibit all fishing.

"Marine Protected Areas should be safe havens where species can regenerate, but the great majority of our MPAs are really just paper parks that offer almost nothing in the way of ocean conservation or sustainable fisheries," says Kim Wright, Living Oceans Society's Marine Planning and Protected Areas Campaign Manager.

To build an effective network of MPAs, federal, provincial and municipal government agencies that designate MPAs need to ensure that the appropriate fishing closures are put in place by Fisheries and Oceans Canada (DFO). The Marine Policy article, Commercial Fisheries Closures in Marine Protected Areas on Canada's Pacific Coast: The Exception, not the Rule, reveals all levels of government are failing to coordinate their efforts and provide real protection for the ocean ecosystem.

Dr. Isabelle CÃ´tÃ©, a Marine Protected Area specialist and professor at Simon Fraser University says that this study emphasizes the need to improve our network of MPAs if we want to reap the benefits. "Marine reserves, in which no fishing is permitted, increase the abundance and diversity of marine life within their boundaries," says CÃ´tÃ©. "This study shows that the MPAs on Canada's Pacific coast are less likely to show the same positive effects."

Living Oceans Society is calling on the federal and provincial governments to address this issue coast wide, starting with the region known as the Pacific North Coast Integrated Management Area (PNCIMA) which extends from Vancouver Island north to the Alaska Border. The federal government, First Nations governments and stakeholders are currently working together to develop a marine plan for this region. According to Living Oceans Society, this is the perfect opportunity for all parties to work together to upgrade and improve the existing network of MPAs

This will also help Canada live up to its international commitment, through the Convention on Biological Diversity, to build a network of MPAs by 2012 that encompasses 10 percent of every habitat type globally.

"As the nation with the longest coastline in the world, it is shocking so few MPAs exist and that fishing is allowed in almost all of them, including those classified as strictly protected," says Wright.