ISAF: Human Deaths From Shark Attacks Hit 20-year In 2007; Not 'Too Many Made-for-movie Moments' 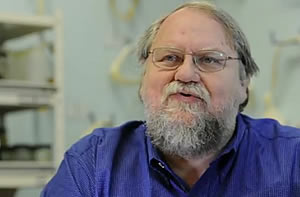 GAINSVILLE, Florida -- Shark attacks in the U.S. declined in 2011, but worldwide fatalities reached a two-decade high, according to the University of Florida's International Shark Attack File report released today.

While the U.S. and Florida saw a five-year downturn in the number of reported unprovoked attacks, the 12 fatalities â which all occurred outside the U.S. â may show tourists are venturing to more remote places, said ichthyologist George Burgess, director of the file housed at the Florida Museum of Natural History on the UF campus.

"We had a number of fatalities in essentially out-of the way places, where there's not the same quantity and quality of medical attention readily available," Burgess said. "They also don't have histories of shark attacks in these regions, so there are not contingency plans in effect like there are in places such as Florida."

Seventy-five attacks occurred worldwide, close to the decade average, but the number of fatalities doubled compared with 2010. Fatalities occurred in Australia (3), Reunion (2), the Seychelles (2) and South Africa (2), with one each in Costa Rica, Kenya and New Caledonia. The average global fatality rate for the last decade was just under 7 percent, and it rose to 16 percent last year. Excluding the U.S., which had 29 shark attacks but no deaths, the international fatality rate averaged 25 percent in 2011, Burgess said.

"We've had a decade-long decline in the number of attacks and a continued decline in the fatality rate in the U.S.," Burgess said. "But last year's slight increase in non-U.S. attacks resulted in a higher death rate. One in four people who were attacked outside the U.S. died."

Florida led the U.S. with 11 of its 29 attacks. Other countries with multiple attacks include Australia (11), South Africa (5), Reunion (4), Indonesia (3) Mexico (3), Russia (3), Seychelles (2) and Brazil (2). While the higher number of fatalities worldwide came as a surprise, the drop in the number of U.S. attacks follows a 10-year decline, Burgess said.

"It's more than coincidence that we've had this drop over this last decade," Burgess said. "The fact is, that's a downward trend, and there has to be a cause for that. People might argue there's less sharks, but since the late 1990s, populations have begun a slow recovery. By contrast, the number of attacks in the United States and Florida suggests there's been a reduced use of these waters."

Florida's attacks historically lead the U.S., and as a high aquatic recreation area, especially for surfers, Volusia County leads the state. In 2011, Volusia County again led the state with six attacks, but it was the lowest since 2004 (3).

"It's a good news/bad news situation," Burgess said. "From the U.S. perspective, things have never been better, our attack and fatality rates continue to decline. But if it's a reflection of the downturn in the economy, it might suggest that other areas have made a real push to get into the tourism market."

The next step to reducing the number of fatalities is creating emergency plans for these alternative areas in the future, said Burgess, who has been invited to work on developing a response plan in Reunion Island this spring.

"Ironically, in this very foreign environment that has animals and plants that can do us harm, we often don't seem to exhibit any concern at all, we just jump in," Burgess said.

Surfers were the most affected group, accounting for about 60 percent of unprovoked attacks, largely due to the provocative nature of the activity. Swimmers experienced 35 percent of attacks, followed by divers, with about 5 percent.

"When you're inside the water, there's much less chance of sharks making a mistake because both parties can see each other," Burgess said. "Surfing involves a lot of swimming, kicking and splashing."

Despite the number of deaths being higher than other years, people should remember how much of a threat humans are to sharks, Burgess said. With worldwide over-fishing, especially to meet demands for flesh and fins used in shark fin soup, an expensive Asian delicacy, humans pose a greater threat to elasmobranchs (sharks, skates and rays) than sharks do to humans.

"We're killing 30 to 70 million sharks per year in fisheries â who's killing who?" Burgess said. "The reality is that the sea is actually a pretty benign environment, or else we'd be measuring injuries in the thousands or millions per year." The 2011 Worldwide Shark Attack Summary may be viewed online at www.flmnh.ufl.edu/fish/sharks/isaf/isaf.htm.