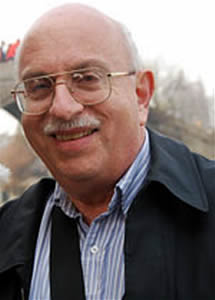 A new study by Dr. Popper suggests that human generated sounds have the potential to significantly affect the lives of aquatic animal

COLLEGE PARK, Maryland -- Anthropogenic, or human generated, sounds have the potential to significantly affect the lives of aquatic animals - from the individual animal's well-being, right through to its reproduction, migration and even survival of the species. According to a study entitled "The effects of human-generated sound on fish", published in Integrative Zoology by Wiley-Blackwell, marine animals could suffer detrimental effects ranging from a loss of hearing to increased stressed levels as a result of environmental noise - in ways not dissimilar to humans and land animals. The study also describes some recent well-controlled experimental studies while highlighting areas for future study.

"Human generated sounds in the marine environment may result in only small shifts in behavior for some animals, but immediate death in others. With the vast increase in production of sound in the marine environment due to human activity such as oil exploration, shipping and construction, the effect of human-generated sounds on the aquatic life becomes a growing issue", said Dr. Arthur Popper from the University of Maryland, USA.

Marine animals use sounds to communicate and to glean information about their environment. Unlike the "visual scene" developed by the animal's sense of sight, the "auditory scene" derived from sounds provides marine animals with a three dimensional view of the world and extends far beyond the visual scene.

Dr. Popper added, "The detection of the auditory scene plays a critical role in sound detection - along with the detection of communication signals. Anything in the environment that alters the organism's ability to detect and analyze its auditory scene has the potential to cause a detrimental impact on the life of the animal as well as the survival of the species".