Clash Of The Crayfish: Why The Americans Are Winning 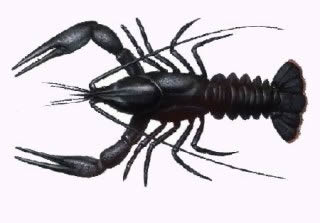 ATLANTA, Georgia -- Like dogs mounting one another or rolling onto their backs, US researchers say crayfish act out elaborate rituals of dominance and submission.

They say it is the first time an invertebrate species had been seen to display such "humping" behaviour, common in higher animals.

It appears to work, defusing tensions that might otherwise lead to a fight, Fadi Issa and Donald Edwards of Georgia State University report in this week's issue of the journal Current Biology.

"We found that crayfish display such a complex ritual, when two males engaged in pseudocopulatory behaviour to signify their dominance relationship," they wrote.

"This was followed by a reduction in aggression and an increased likelihood of the subordinate's survival."

Lower-ranking crayfish that did not go along with another male's overtures were "killed, dismembered and partially eaten," the researchers wrote.

Crayfish, also commonly known as crawfish or crawdads, are commonly found at the bottoms of rivers, creeks and streams.

They resemble small lobsters and are a considered a delicacy in many places.

The researchers put 20 males together in various pairings and watched their behaviour.

The behaviour was most common when two strange males first met, and appeared to defuse tensions after a few days.

They say these effects are similar to those of copulation between male and female crayfish, and such copulation can also begin with an aggressive encounter and has been seen as an extension of male dominance behaviour.

Moreover, if the female refuses the male's attempts to mate, she can be killed.

Such behaviour is frequently seen in social animals, the researchers say, including primates - the group to which humans belong.

The researchers wrote the findings in invertebrates showed such behaviour was common in the animal world and may have evolved more than once over time.

That suggests the behaviour is useful for survival, the researchers wrote.