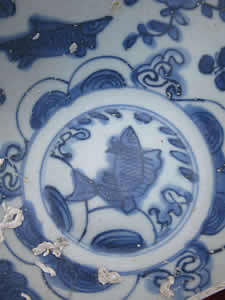 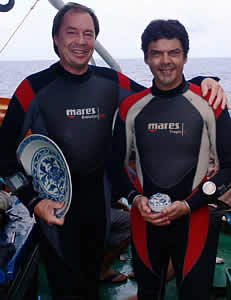 MADEIRA, Portugal -- Arqueonautas Worldwide, in direct cooperation with RM Discovery Inc. (RMD), confirms after successful completion of a marine archaeological reconnaissance operation, the recovery of the biggest ever found shipwreck cargo of Ming porcelain. The Chinese merchant ship from the time of the Wanli Emperor sank around 1580 in over 50 meters depth approximately 150 km off the Indonesian coast.

'Based on conservative estimates a cargo of roughly 700,000 pieces of porcelain is expected. According to experts the value of the cargo could therefore be around US$ 70 Mio.', says Arqueonautas Worldwide CEO Nikolaus Count Sandizell out of Jakarta. 'The intrinsic value of the 'Wanli' shipwreck confirmed by the Arqueonautas team will allow us to interest potential investors so that by late summer the extensive salvage operations can begin. For us it is crucial to carry out this operation in a scientifically sound manner whilst being economically viable, which is guaranteed by AWW's expertise.', states Oliver Herrmann, director of RM Discovery Inc.

The protection of World Maritime Heritage is a focus of AWW's activities. 'This unusually large ship for the late 16th century makes this project a unique challenge for our team from a cultural, historical and commercial point of view.', informs Count Sandizell.