Group: Half the World's Penguin Species Marching Towards Extinction; 'The Planet is in Denial' 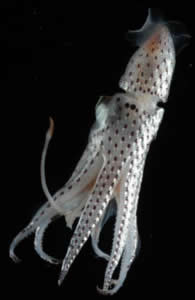 An international team collected hundreds of marine specimens during a 5-week expedition along the Mid-Atlantic Ridge. Credit: David Shale 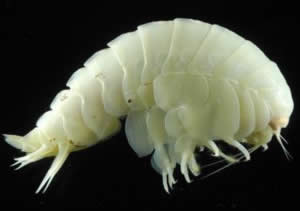 ABERDEEN, Scotland -- A scientist from the University of Aberdeen is leading a team of international researchers whose work will continue our understanding of life in the deepest oceans, and contribute to the global Census of Marine Life.

Exploring life in the North Atlantic Ocean at various depths of 800 to 3,500 metres, a team of 31 scientists are returning from a five-week scientific expedition which has surfaced a wealth of new information and insights, stunning images and marine life specimens, with one species thought to be new to science.

The international team will be arriving in Scotland tomorrow (Saturday, August 18) following the expedition along the Mid-Atlantic Ridge (MAR) between Iceland and the Azores on board the Â£40 million royal research ship, the Royal Research Ship, James Cook.

Professor Monty Priede, Director of the University’s highly-acclaimed Oceanlab, along with colleague Dr Nicola King, and students Jessica Craig, Claudia Alt and James Hawkins, are part of the science team on board the ship.

Professor Priede said: “It is like surveying a new continent half way between America and Europe. We can recognise the creatures, but familiar ones are absent and unusual ones are common. We are finding species that are rare or unknown elsewhere in the world.”

One of the world’s most advanced research vessels, the RRS James Cook, will be docking at Fairlie Pier by Largs tomorrow (Saturday, August 18), bringing samples of rare animals and a vast archive of pictures and videos, which will help us to understand more about life in the oceans.

The team of scientists mapped over 1,500 square miles, exploring the deep sea creatures living in the depths of the Mid-Atlantic Ridge. They used the latest technology to learn more about what is living in this remote and relatively unexplored deep-sea environment using remotely operated vehicles equipped with digital cameras.

With a suite of eight deep sea cameras they were able to capture images of life on the peaks and valleys of very rugged terrain. Colourful sponges and corals encrust rocky cliffs, whereas areas of soft sediment are populated by starfish, brittle-stars, sea cucumbers and burrowing worms. Fishes, crabs and shrimps forage over the ridge exploiting whatever they can find. Trawls, traps and corers have brought back thousands of specimens for study back in the laboratory.

Professor Priede said: “We are trying to imagine what the north Atlantic would be like without the ridge that literally cuts it in half, as we think it has a major effect on ocean currents, productivity and biodiversity of the North Atlantic Ocean.

“The RRS James Cook ship is an absolutely fantastic facility and is allowing marine researchers to explore new environments, find new animals and study global changes in the world’s oceans.”

The aim of the voyage is to contribute to the wider MAR-ECO project studying biodiversity along mid-ocean ridges (www.mar-eco.no) and to the global Census research programme. Census of Marine Life is a 10-year global scientific initiative to assess and explain the diversity, distribution and abundance of life in the oceans. The team already think they may have discovered a new species of Ostracod (or seed shrimp) that was found swarming in large numbers on the western side of the ridge. Specimens are on their way to experts in Southampton where world-renowned expert, Professor Martin Angel, will ultimately determine whether this is a new species, describe it and allocate a name.

Dr Steven Wilson, Director of Science & Innovation for the Natural Environment Research Council, said: "The Mid-Atlantic Ridge is still relatively unexplored so this voyage will have played a vital role in expanding our knowledge of the biodiversity of the region.”

Water currents and tides over the ridge were studied intensively and daily measurements were made of productivity in surface waters. The team left behind automatic equipment on the sea floor at six observing stations that will continue measurements and photography over the next two years. Further voyages are planned in 2008 and 2009 that will include retrieval of the gear.

Oceanlab was responsible for assisting with the expedition management and deployed three deep ocean lander vehicles recording luminescent displays from animals living in the darkness on one of the peaks of the mid ocean ridge.