New Underwater World Category For Environmental Photographer Of The Year 2010 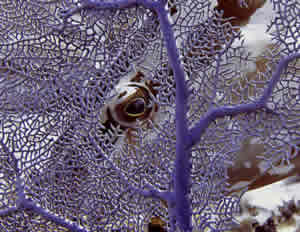 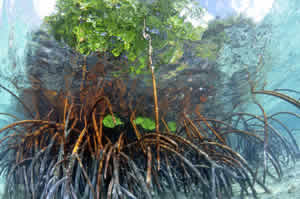 GLAND, Switzerland -- As part of the IUCN 2011 Underwater Photographer of the Year Contest, IUCN received 132 photographs of exceptional quality and creativity. Congratulations to the three winners: William Goodwin, Andre Seale and Lill Haugen.

The overall winner is William Goodwin, for his photograph Grouper Peek-a-Boo.

"I have been diving and creating underwater photographs for 50 years," says Mr. Goodwin. "My reverence for the world's oceans has led me to write a book with contributions from four leading biologists about the amazing world of marine sponges to be published in 2012 entitled The First Animal. My wife, Donna, and I created the Cayman Islands Underwater Image Bank for Students and Teachers to help increase understanding of and appreciation for the dwindling resources beneath the sea. I have seen our mother ocean decline during my life and I long for my grandchildren to know it the way it was."

In second place is Andre Seale for his photograph Submerged Mangrove. With a B.Sc. in Marine Science and a Ph.D. in Zoology, Dr. Seale is a research scientist, author and award-winning wildlife photographer. For the past 18 years, Andre has participated in numerous expeditions to document marine life and expose its beauty and fragility. Amongst Andre's photographic awards is a winning entry in the BBC Wildlife Photographer of the Year (2006) competition. His images have been featured in hundreds of publications worldwide, in his book Tropical Marine Gardens and his gallery artesub.com.

In third place is Lill Haugen for her photograph Coral Fans and Diver.

More photos from the three winning photographers are featured in the 8th issue of Marine News. Selected photos from each contest participant are also presented in the Photo Gallery.