Scientists Find Oil Leak Threatening Chuuk Lagoon; 'This Could Have A Devastating Effect' 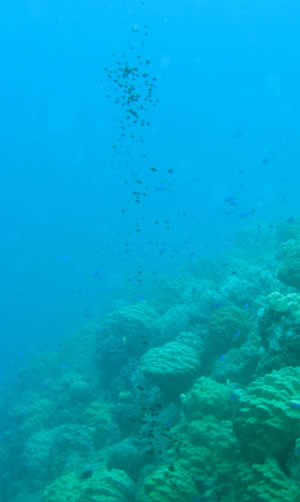 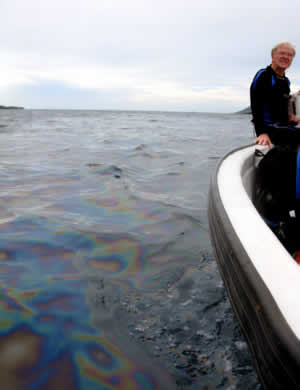 BOSTON, Massachusetts -- Scientists affiliated with Earthwatch have uncovered signs of an oil leak in Chuuk (formerly known as Truk) Lagoon*, a popular dive destination in Micronesia.

Earthwatch volunteers and scientists, who are conducting the first-ever comprehensive survey of the area, recently discovered a long oil slick coming from the sunken oil tanker Hoyo Maru and a smaller surface slick originating from the Rio de Janeiro Maru, a former passenger vessel that was converted to a submarine tender (support ship for submarines) by the Japanese navy during World War II.

There are 52 documented World War II shipwrecks and three oil tankers found in Chuuk Lagoon, with an estimated 32,000,000 litres of oil still secured inside. Dynamite fishing practices, storms and human activities (such as irresponsible anchoring) are destabilizing some of the wrecks, increasing the chances of an oil spill.

“This could have a devastating effect on the marine environment and negatively impact Chuuk’s tourist industry,” said Dr. Bill Jeffery from James Cook University, who leads the Earthwatch research project. “Some areas of mangroves that provide breeding grounds for many fish species could be completely decimated.”

“There is reason to believe that Hoyo Maru is leaking from her bunker, which means there could be a lot more oil left to spill. We’re hoping that Japanese historians can help us to determine if she went down with a full tank so we can estimate the full scale of the threat,” Jeffery said.

The coral encrusted wrecks attract a diverse array of marine life, including manta-rays, turtles, sharks and corals. In 2007, 266 species of reef fish were recorded by the Earthwatch teams and in 2006 the rare coral Acropora pichoni was identified. (It had never been found at this depth (18 metres) or on an artificial reef before.)

A report from Dr. Jeffery has been submitted to the Chuuk State Department of Marine Resources and the Chuuk Historic Preservation Office who will liaise with the South Pacific Regional Environmental Programme (SPREP) to investigate how the oil pollution can be addressed. Earthwatch dive teams will return in November to continue their assessment into the ecological values of the site. Read the report here: http://www.earthwatch.org/europe/downloads/Newsroom/OilleakingChuuk_report.pdf.

*Chuuk, an island area formerly known as ‘Truk’, is part of the Federated States of Micronesia (FSM), found in the central Caroline Islands of the Western Pacific. During World War II, Chuuk Lagoon was bombed for over 18 months by the Allied forces and was considered a potential target for an atomic attack. The waters became a graveyard for the Japanese sailors and pilots killed in ships and aircraft.