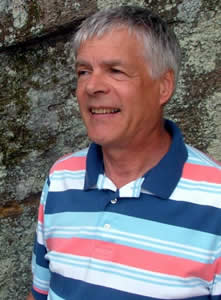 Dr. Peter Sale was honored with the Bleeker Award for Distinguished Contributions to Studies of Marine Fish Life in Indo-Pacific

PERTH, Australia -- World experts meeting in Australia have presented a Canadian-based UN coral reef specialist with a distinguished award for his lifetime of achievement in marine research.

Peter Sale, Assistant Director for Coastal Zones at the United Nations University's International Network on Water, Environment and Health, and Emeritus Professor at the University of Windsor, received the Pieter Bleeker Award for Excellence in Indo-Pacific ichthyology at the 8th Indo-Pacific Fish Conference in Perth, May 31-June 5.

Dr. Sale was recognized for major contributions to world knowledge of fish communities, particularly those in coral reefs.

His work on reef fish ecology and behavior began in Hawaii in 1964 and has continued ever since in both the Indo-Pacific and Caribbean, shedding important light on how to manage marine environments sustainably.

Last year, Dr. Sale and eight international colleagues presented a stark warning at UN Headquarters, New York, that current coastal management practices are ineffective and their continuation endangers ecosystems that support the economies over half the world's population.

Over the past several years as Assistant Director of UNU-INWEH, an international capacity building science organization based in Hamilton, Canada, Dr. Sale has led a scientific team advising measures to mitigate the impacts of massive off-shore construction projects in Dubai. These include Palm Jumeirah and Palm Jebel Ali, palm tree-shaped marine residential developments visible from space.

Among other honors, he was President (and now an Honorary Life Member) of the Australian Coral Reef Society (1984-86), and President of the International Society for Reef Studies (1989-91). He has published over 200 refereed publications on coral reef ecology, edited three books, and continues to lead major projects in the Caribbean and Middle East. Recent research interests have concerned the structure and organization of ecological communities, and the responses of marine life to environmental change.

Pieter Bleeker Awards have been presented only once before, and given to two renowned global scientists: