In The Mouth Of Jaws: California Kayaker Survives Attack On His Kayak; 'Screaming Like A Little Girl' 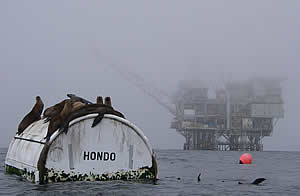 Sea lions at the mooring buoy at oil rig Hondo, the last stop before the shark attack. credit Duane Strosaker 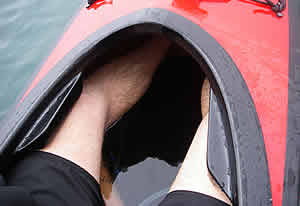 After the shark attack, water was leaking into the cockpit. credit Duane Strosaker 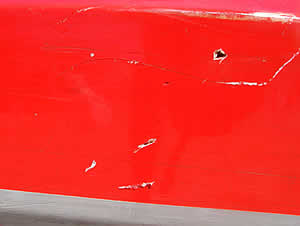 The bite hole in the upper right of the photo was under Duane's left ankle. credit Duane Strosaker 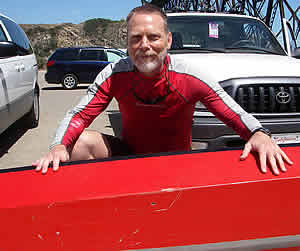 LOS ANGELES, California -- A kayaker is breathing a sigh of relief after a terrifying encounter with a great white shark off the Southern California coast.

Duane Strosaker was five miles off the coast from Gaviota State Park, which is north of Los Angeles, when a 15-foot great white shark rose out of the water and bit down on his tiny boat.

Strosaker said the shark attacked the kayak where his left foot was located, with its mouth wrapped around half the hull. His foot was actually inside the jaws of the attacking sharks, only protected by the kayak.

Strosaker said the attack lasted several seconds. He thought about hitting the shark with his paddle, but reconsidered thinking it might enrage the beast. The shark let go and swam away with a large splash of its tail.

"It's head was huge and it bit down and it held onto me for about 10 to 15 seconds," he said. "I was actually screaming like a little girl."

Strosaker wasn't hurt in the attack, but his kayak suffered a few puncture wounds.