Famed Chef Alice Waters Swears Off Shark Fins; Other Chefs Encouraged To Do The Same

Chinese Chefs Divided Over Shark Fin Use Amid Reports of Species Decline; 'No Banquet is Complete without Shark Fin' 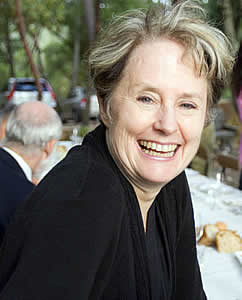 Ms. Waters is the founder of Chez Panisse in Berkeley, Calif., the vice president of Slow Food International and a leader in promoting the use of local, organic and sustainable ingredients.

"Not long ago I learned that every year tens of millions of sharks, their fins brutally sliced off, are thrown back into the ocean to die, and that many shark species are now seriously threatened," Ms. Waters says. "I support Humane Society International's efforts to end this unsustainable practice, and I encourage other chefs and culinary industry leaders to do the same."

Concerned about the shocking decline of shark populations throughout the world, a number of chefs have developed faux shark fin dishes to satisfy consumer demand without the attending ecological devastation.

"We are grateful to Alice Waters for lending her important voice to our efforts to end shark finning," said Jennifer Fearing, California senior state director for The HSUS, who approached Ms. Waters. "We urge culinary experts, policy makers and consumers to join Alice in speaking out to protect sharks."