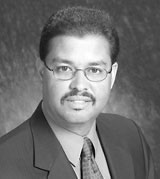 GEORGE TOWN, Cayman Islands -- At least some of the dolphins slated for the Grand Cayman's proposed dolphin facilities in West Bay are expected to die.

Speaking to reporters at the weekly Cabinet press briefing, Tourism Minister Charles Clifford said attrition for all the life forms that are to be imported to the dolphin facility is anticipated and the Ministry is prepared to deal with that eventuality when it arises.

Mr. Clifford was responding to recent news that six quarantined sharks destined for the Botswain's beach predator tank display had died due to a mechanical malfunction two months ago.

"We do expect that some of the dolphins will die at the facility, just as they die in the wild. It will happen," he said.

The recent shark incident reflects the fears of dolphin advocate groups, who claim dolphin death rates, at six per cent in captive facilities, are similar to those in the wild, even though the animals' survival is no longer affected by natural threats and predators.

The sharks were in a quarantine facility at Boatswain's Beach. All fish undergo a 30–day quarantine period after arriving at the park.

They died when there was a malfunction in the life support system, causing a problem with water quality.

The sharks had been imported from Florida via air.

Since the deaths an expert has come to the Cayman Islands to help staff at Boatswain's Beach shore up the quarantine system.

Planning permission has been granted for the physical construction of two separate dolphin entertainment facilities in West Bay.

Dolphin Discovery (Cayman) Ltd. is a franchise with headquarters in Mexico and is to be located at the site of the old Turtle Farm in West Bay, as part of Boatswain's Beach, but privately run.

Dolphin Cove Cayman is associated with Dolphin Cove Jamaica and is to be located south of Calypso Grill in Batabano, West Bay, by the North Sound.