Scientists Uncover Counterpart Of Cerebral Cortex In Marine Worms; 'It Came Out Of 'The Blue'' 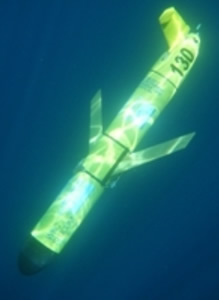 The underwater rivers were detected by ocean gliders operated by researchers at UWA's Australian National Facility for Ocean Gliders (ANFOG).

PERTH, Australia -- Oceanographers at The University of Western Australia have discovered the first underwater 'rivers' to be identified in a sub-tropical region flowing along the ocean bed off Perth's coastline.

The finding published in the journal Geophysical Research Letters reveals 'rivers' or layers of dense water - what are known as dense shelf water cascades - travelling away from the shore along the seabed.

The study, led by Winthrop Professor Chari Pattiaratchi with colleagues from UWA's National Facility for Ocean Gliders and UWA's Oceans Institute, identified the 'rivers' as slow-moving, traveling about a kilometer a day.

"The underwater 'rivers' extend above the seabed about 20 meters occupying almost one half of the water depth. They were detected north of Rottnest Island and extend a further 100 kilometers north along the coast," Winthrop Professor Pattiaratchi said.

"These dense shelf water cascades are common in high-latitude regions as a result of ice formation.

"But this is the first time these processes have been discovered in sub-tropical regions, and to be present throughout the year.

"South-west Australia experiences a Mediterranean climate characterized by high evaporation during summer and cooling during winter.

"Both of these processes contribute to the formation of higher density water in the shallow coastal waters during both summer and winter, which then flows offshore along the seabed forming the underwater 'rivers'."

Professor Pattiaratchi said the underwater rivers were being studied as part of a wider project looking at their effects on phytoplankton; to develop a better understanding of their role in carbon sequestration; and to ascertain their actions in transporting pollutants away from the shoreline.

The underwater rivers were detected by ocean gliders operated by researchers at UWA's Australian National Facility for Ocean Gliders (ANFOG).

The gliders - which resemble mini torpedoes with wings - travel through the ocean collecting data relating to water temperature, salinity, plankton productivity, turbidity and dissolved oxygen. They can operate non-stop in the water for up to eight months.

"The gliders change their overall density by adjusting their volume to move up and down the water column, while fins provide a dive angle to propel the gliders forward," explained ANFOG operations manager Ben Hollings of UWA's Oceans Institute, and a co-author of the paper along with researchers Mun Woo and Thisara Welhena.

"The gliders communicate with the operators via satellite to provide their positions and data collected which also allows for the operators to control the path of the glider."

The ocean glider deployments off Perth are funded by the Integrated Marine Observation System (IMOS) supported by the Australian Government through the National Collaborative Research Infrastructure Strategy and the Super Science Initiative and by the West Australian Marine Science Institution (WAMSI).