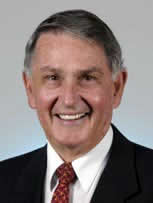 An army of fishermen from across the globe is heading to the Gold Coast to trawl our waterways and hunt the predators for prizemoney.

Leading shark-fishing figures yesterday supported the establishment of a bull shark 'classic' tournament as a tourist attraction and to help clean out the man-eaters from local canals.

"I think that's a great idea and something that I would definitely take part in," he said.

Mr Mitchell, who operates the shark charter from a pontoon, recently caught a 2m monster and said the sharks had begun adapting to the conditions.

"There are heaps of them out there at the moment for whatever reason. But we think some of them know the waterways a bit better and know where they can hide. We've been catching a lot of baby sharks recently."

Mr Mitchell's charter business, which is based at the Broadwater, takes anglers out for early-morning thrill rides at the cost of $160 to reel in a killer bull shark -- the man-eaters responsible for the fatal mauling of two people in Burleigh lakes in the summer of 2002.

They also were blamed for the savage mauling of Sarah Whiley off Amity Point on North Stradbroke Island last year.

The shark hunt will be held annually and Ms Bristow said she would target participants from Japan to the US.

"There's a big market out there," she said.

"We will be tagging the sharks. There will no doubt be some that die from the struggle.

"We will have midnight shark fishing for our new Asian tourists and invite the superyachts to join the tag-and-release tournament.'

The competition is expected to be held behind the Marriott Resort and make its way along the Nerang River.

The Swiss-based scientist is considered to be the world's foremost bull shark expert.

Ms Bristow said she hoped to see the concept up-and-running by mid-March.

"Hopefully in four weeks it will be confirmed. There are way too many bull sharks in the water and this concept will help to monitor how bad the problem is," she said.